BCCI will ask Wriddhiman Saha about his tweet and if he was bullied, says Treasurer Arun Dhumal 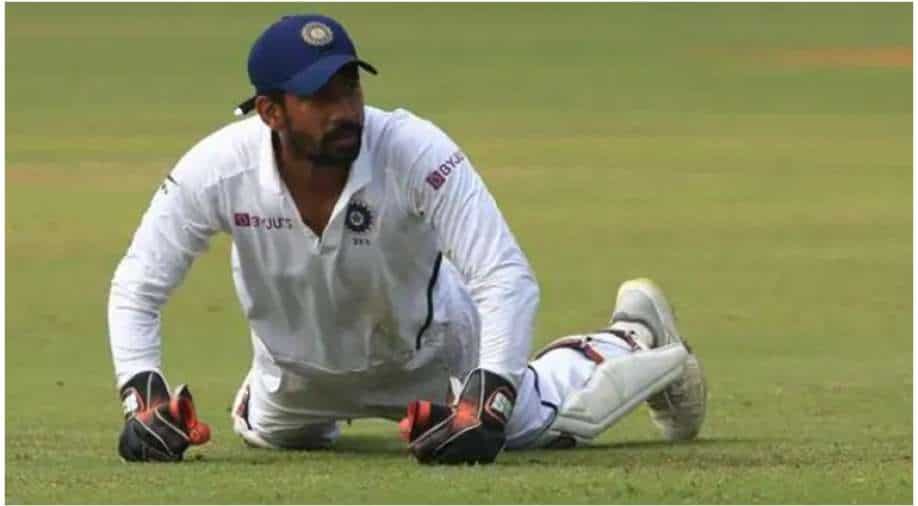 BCCI will ask Saha about his tweet and whether he was bullied Arun Dhumal Photograph:( PTI )

BCCI Treasurer Arun Dhumal has stated that the board 'needs to know if Wriddhiman Saha was threatened and also the background and context' of the keeper-batter's conversation with the journalist.

Wriddhiman Saha's revelation of a journalist threatening him continues to make the headlines. On Saturday (February 19), the veteran Indian keeper-batter was dropped from the Test squad ahead of Rohit Sharma's Indian team's forthcoming series versus Sri Lanka at home, from March 04.

Since then, the 37-year-old Saha has been making the news. While he made some explosive claims regarding his Test spot, in an interview with Sportstar, he then further revealed -- on Twitter -- that a journalist is threatening him after he didn't revert to his interview request.

Saha shared the screenshot of the conversation with the journalist and captioned the post, "After all of my contributions to Indian cricket..this is what I face from a so-called “Respected” journalist! This is where the journalism has gone."

ALSO READ | After exposing him on Twitter, Wriddhiman Saha unwilling to reveal name of journalist who threatened him

Since then, many are eager to know the details of the journalist. Many former cricketers such as Ravi Shastri, Virender Sehwag, Harbhajan Singh, Aakash Chopra, etc. have urged Saha to come forward and name the journalist.

Recently, BCCI Treasurer Arun Dhumal reacted to the whole matter and told PTI, "Yes, we will ask Wriddhiman about his tweet and what is the real incident that has happened. We need to know if he was threatened and also the background and context of his tweet. I can't say anything more. The secretary (Jay Shah) will certainly speak to Wriddhiman."

On Tuesday (February 22), Saha made it clear that he has no intention to reveal the name of the journalist. He stressed that he doesn't feel right to bring down someone publicly.

“I haven’t received any communication from the BCCI yet. If they ask me to reveal the name (of the journalist), I would tell them it was never my intention to harm somebody’s career, to pull a person down. That’s why I didn’t reveal the name in my tweet. That’s not the teaching of my parents. The main purpose of my tweet was to expose the fact that there’s someone in the media who does such things, disrespecting a player’s wish,” Saha was quoted as saying by the Indian Express.