BCCI has no role in it: Treasurer Arun Dhumal reacts as board faces backlash over diet plan with halal meat 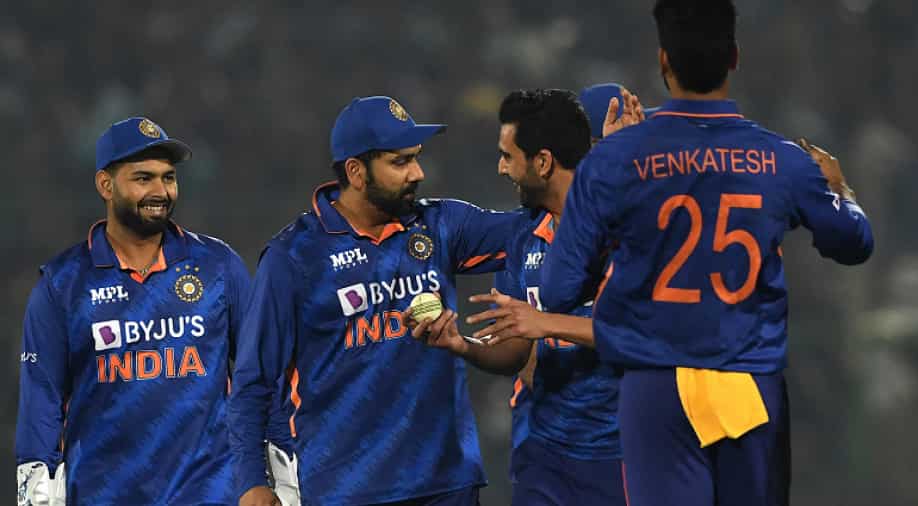 BCCI treasurer Arun Dhumal has clarified that the bard has no role in dictating what the players should or should not eat after the recent controversy over the diet plan for the upcoming first Test between India and New Zealand in Kanpur.

The Board of Control for Cricket in India (BCCI) treasurer Arun Dhumal has clarified that the board has no role in determining the food choices of the players after the latest controversy over the new dietary plan of the Indian team. Dhumal said the players are free to choose what they want to eat and what they don't want to eat.

In their dietary plan for the upcoming first Test of the two-match series against New Zealand in Kanpur, the Indan team management had requested strictly no pork and beef for the players. The catering request also clearly mentioned that the players will consume only halal meat.

Soon the dietary plan became a major talking point on social media with many dragging BCCI into the controversy and questioning the board over dictating the food choices of the players. Some also blamed for promoting halal meat. However, Dhumal clarified that the board has no role in creating the diet plan and it must have been made at the request of the players.

"This (diet plan) has never been discussed and will not be enforced. I don't know when this decision was taken or if it was. As far as I know, we never issued any guidelines related to diet plans. As far as food habits are concerned, it is the individual choice of players, BCCI has no role in it," the BCCI treasurer was quoted as saying by India Today.

Reports had claimed that it was BCCI's decision to include only halal meat for the players in their new diet regime. However, the dietary plan is only for the Kanpur Test against New Zealand and was shared with the host board - The Uttar Pradesh Cricket Association (UPCA) by the Indian team management.

Also Read: Team India's dietary plan with halal meat and no beef, pork only for Kanpur Test vs NZ - Report

It is a normal procedure for both teams to share their dietary, security and logistics plans with the host board before the start of an international match to ensure the players and staff members don't face any issues. Indian cricket team's menu on overseas tours reportedly often contains a directive to have halal meat on the menu.

While BCCI had no role in sharing the diet plan, the board was targeted online with several accusations surrounding the compulsion of only halal meat for the players in the Indian team for the New Zealand series.