Barcelona's Philippe Coutinho out for three months due to surgery 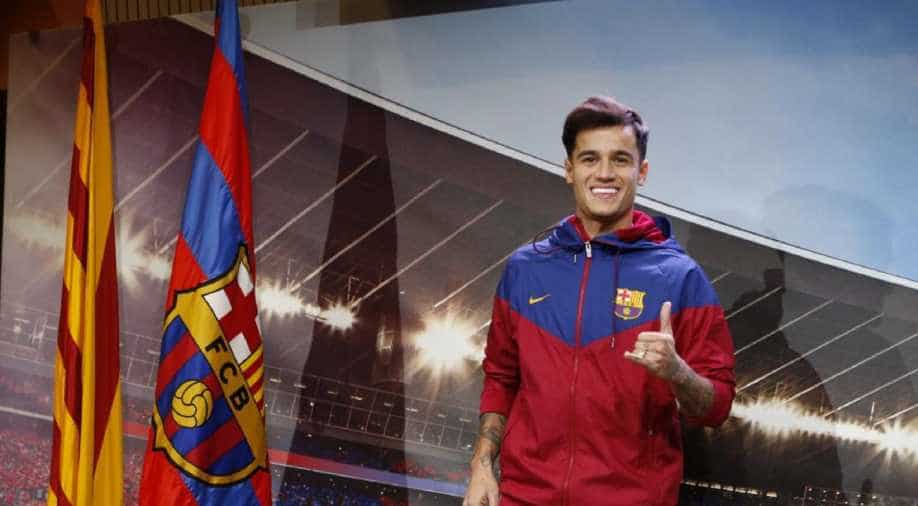 Barcelona and Liverpool have agreed to a deal to allow Philippe Coutinho to move to the Spanish giants FC Barcelona. Photograph:(Twitter)
Follow Us

The 28-year-old midfielder was brought into the game during the second half of the match, however, he was seen limping off the pitch during the stoppage time.

Midfielder Philipe Coutinho has added to injury-plagued Barcelona's woes as he underwent left knee surgery and will be sidelined for "around three months," the club revealed on Saturday.

Coutinho sustained an injury during Tuesday's 1-1 draw with Eibar. The 28-year-old midfielder was brought into the game during the second half of the match, however, he was seen limping off the pitch during the stoppage time.

The team had earlier announced that Coutinho will undergo surgery.

IN PICS| Lionel Messi, Gerd Müller, Pele: Players with most goals scored for one club

"The tests carried out on the first team player Philippe Coutinho have shown that the midfielder has an injury to the lateral meniscus in his left knee," the club said in a statement.

The Catalan giant did not mention the timeframe of his return.