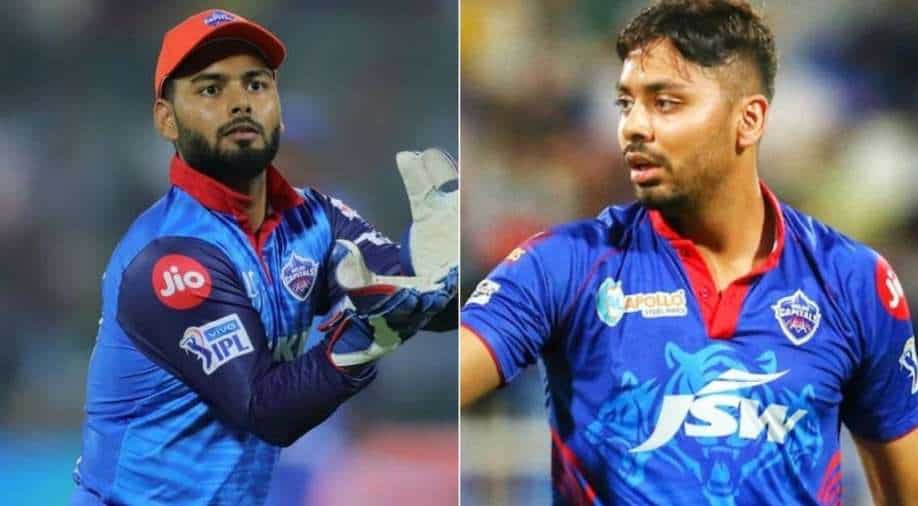 This is a combined photo of Rishabh Pant and Avesh Khan. Photograph:( Twitter )

Avesh Khan said that he was on the flight at that time and he had expected he would get at least Rs 7 crores.

While interacting with Sportskeeda, Khan said that he was on the flight at that time and he had expected he would get at least Rs 7 crores.

"Upon landing when I got to know that Lucknow bought me for 10 crores, I froze for five seconds. But then things became normal, I was like okay," Khan added.

"Ishan Kishan and Mohammed Siraj were pulling my leg throughout the flight journey – they were just speculating how much I would go for, which all teams would be interested in me, and all that. Once we landed, the network on my phone was spotty, but then Venkatesh Iyer broke the news to me," he said.

"Everyone clapped for me on the flight, that was a very special moment. As soon as my network became available, I continuously started receiving calls, WhatsApp messages," he added.

"I would miss them [Ricky Ponting and Co.] a lot because I had an emotional connect with the Delhi Capitals. After our flight landed in Kolkata, I met Rishabh outside and he held his arms wide open for giving me a hug," he added.

"He told me, 'Sorry, le nahin paye' (sorry we couldn't buy you). Because, they weren't left with a huge purse and had players to buy as well. When I watched the auction later, I saw that they did place a final bid for me at 8.75cr, but Lucknow eventually bid the highest. So it was a very emotional moment with Rishabh; we have played Under-19 together, we always sit together after matches, hangout together," Avesh further added.