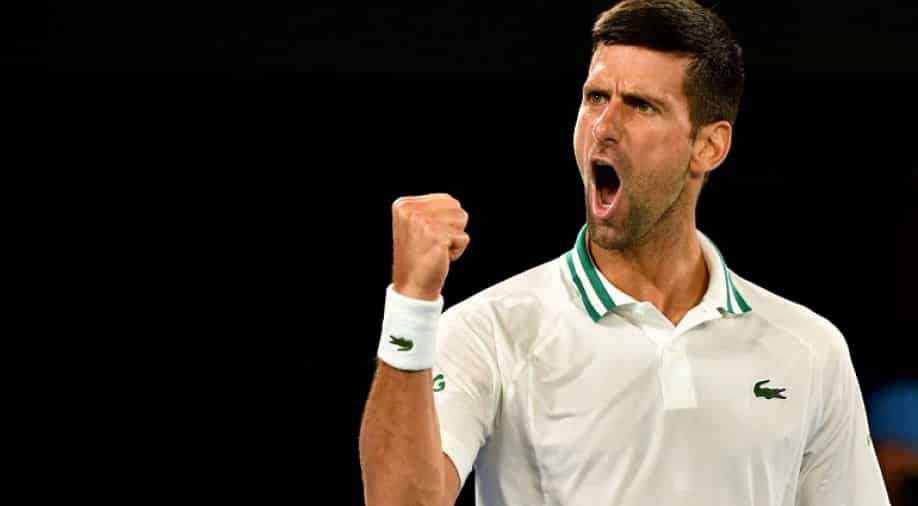 Tennis superstar Novak Djokovic's visa can be re-cancelled by the Australian government after a court ordered his release from detention on Monday.

Tennis superstar Novak Djokovic won his legal appeal against the cancellation of his visa by the Australian government ahead of the Australian Open tournament. Djokovic's legal team had appealed against the decision to cancel his visa despite the world no.1 men's singles player having been granted a medical exemption to take part in the competition.

Djokovic was questioned by the Australian border officials upon landing at the Melbourne airport last week before being sent into detention. He spent four days in an immigration quarantine facility in Melbourne before winning the legal battle on Monday when judge Anthony Kelly passed the decision in his favour.

The Federal Circuit and Family Court of Australia revoked the decision to cancel Djokovic's visa and ordered his release from detention immediately with his passport and "personal effects". While the tennis star has been set free from quarantine, the Australian government has expressed its readiness to re-cancel his visa and redetain Djokovic.

After the judge ruled out the decision in Djokovic's favour, Christopher Tran - the lawyer who is representing the Australian government in the case, informed that the country's minister for Immigration, Citizenship, Migrant Services, and Multicultural Affairs might consider exercising his personal power of cancellation.

Judge Kelly said he would like to be kept informed if the legal battle between the two parties was set to drag on despite him ordering the government to revoke the cancellation of Djokovic's visa. Djokovic's win in the case is a huge setback for the Australian government, which has imposed strict COVID-19 rules and vaccination guidelines in a bid to control the spread of the virus in the country.

On the other hand, it's a major boost for Djokovic as he his chances of taking part in the Australian Open have increased significantly despite him not being vaccinated against the virus. Djokovic will be gunning for his 21st Grand Slam title in the showpiece event this year.