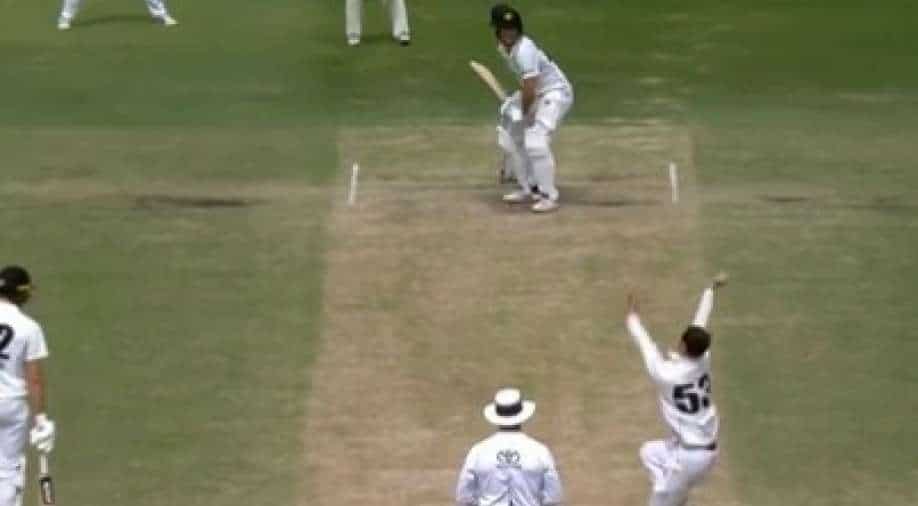 The unorthodox action has served the fast bowler since making his debut for the national side against Australia in 2016 and it is often imitated by people from all around the world.

Indian cricket team fast bowler Jasprit Bumrah has become a household name for his brilliant performances in the last few years and his wicket-taking abilities have impressed the experts and fans alike. The other thing about Bumrah that has fascinated everyone is his bowling action.

The unorthodox action has served the fast bowler since making his debut for the national side against Australia in 2016 and it is often imitated by people from all around the world. The latest to try out Bumrah’s bowling action on the cricket field was Australian all-rounder Nic Maddinson.

During the Sheffield Shield final between Victoria and Western Australia in Perth, left-arm bowler Maddinson tried to pull off a Bumrah action against Aaron Huddle during the 161st over.

The action produced a lot of laughs on the field with the commentators are joining in. Cricket Australia posted a video of the incident along with the caption "Nic Maddinson brings out the Bumrah! # SheffieldShield" and it has gone viral among cricket fans on the internet.

Maddinson has played six T20 Internationals for Australia in his career and his debut incidentally came against India way back in 2013. He has also played three Test matches with the final one being in 2016. The cricketer has also played in the Indian Premier League for Royal Challengers Bangalore.

Western Australia ended their 23-year-old wait to win the Sheffield Shield title on Monday Aaron with all-rounder Hardie remaining undefeated on 174 during the fourth innings of the summit clash.