'I know where India's economy is': Ramiz Raja defends his 'we'll see who goes to play IPL over PSL' remark 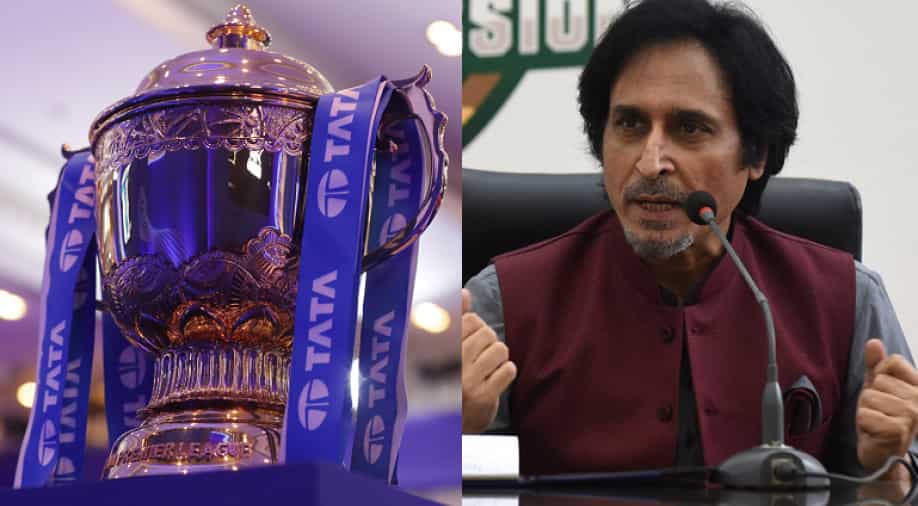 Pakistan Cricket Board (PCB) chief Ramiz Raja has clarified his 'we'll see who goes to play IPL over PSL' remark and said he is aware of where is Pakistan's economy compared to India's.

Pakistan Cricket Board (PCB) chief Ramiz Raja had recently shared his views on revamping the Pakistan Super League (PSL) by introducing an auction system like the Indian Premier League (IPL) to ensure it can be put in the same bracket as the Indian league.

Raja had also claimed that no player would prefer IPL over PSL once the auction-based model is adopted in Pakistan's domestic T20 tournament. The PCB chief had faced ire from Indian fans on social media after his  "we'll see who goes to play the IPL over the PSL" comment.

IPL which got underway in 2008 is currently the best T20 league in the world in terms of both quality of cricket and the finances involved. The cash-rich league is into its 15th edition and has been witnessing immense growth with each passing season. Several former Pakistan cricketers have often tried to pit PSL up against IPL and made comparisons between the two tournaments.

In order to make PSL compete against IPL, PCB chief Raja plans to bring in changes in the rules of the competition. Speaking about the same in an interview last month, Raja had said - "This is a game of money. When the cricket economy grows in Pakistan, our respect will rise. The main driver of that financial economy is the PSL. If we take the PSL to auction model, increase the purse, then I’ll put it in the IPL bracket. And then we’ll see who goes to play the IPL over the PSL."

He has now clarified his remarks after facing backlash over the same and has said he is aware India's economy is in a far better position than Pakistan at present. In an interview with Cricbuzz, Raja said he has plans to improve PSL but was misquoted on the other part.

"I was misquoted. I know where economy of India is and where is Pakistan's. We have plans to improve the PSL. We will bring in the auction model but I was misquoted on the other part," said the PCB chief.

Raja is also set to formally present the proposal of a four-nation T20I series involving India, Pakistan, Australia and England. Raja had first shared the idea of the four-nation series after the T20 World Cup 2021 last year and believes India and Pakistan should play at the international level more often.

"I don't know how the ICC members will receive it but how long can we allow ourselves to be dictated by politics between countries," Raja told Cricbuzz. "Star Sports had made a presentation at the last ICC board meeting where it said the India-Pakistan game at the Twenty20 World Cup broke all viewership records. Why don't we have more of what the fans want," said Raja.

India and Pakistan have not played against each other in a bilateral series since 2013 due to the political tensions between the two nations. The two countries have continued to meet only in major ICC competitions since 2013.