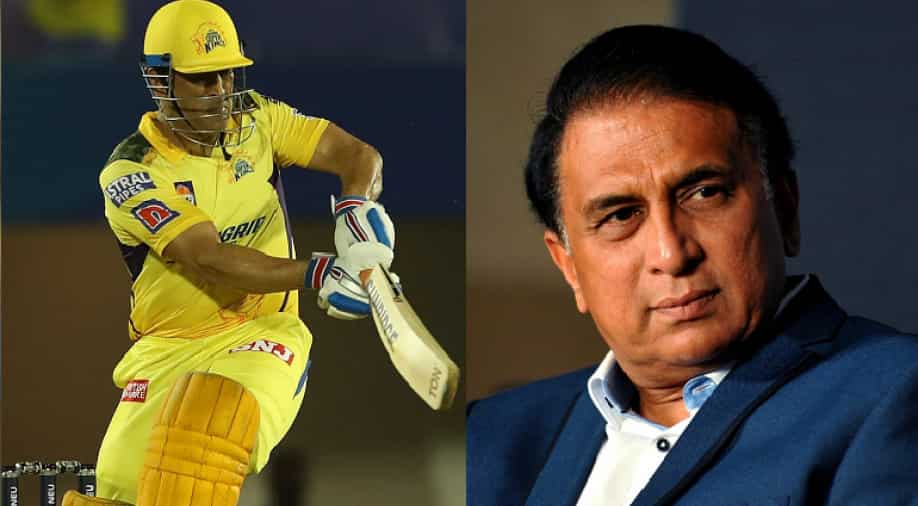 Chennai Super Kings (CSK) have had a disastrous start to their campaign in the ongoing Indian Premier League (IPL) 2022 as the defending champions find themselves reeling at the bottom of the points table after three successive losses in their first three matches of the season. CSK suffered their third straight defeat of the season against Punjab Kings on Sunday as they lost the game by 54 runs.

Asked to chase down a huge target of 181 runs, CSK got off to a woeful start as they lost openers Ruturak Gaikwad (1) and Robin Uthappa (13) cheaply before Moeen Ali was sent back on a duck. Ambati Ryaudu too failed to get going as he departed after managing only 13 runs off 21 balls.

CSK skipper Ravindra Jadeja, who walked out to bat at no.5 too couldn't make an impact and was sent packing on a duck after facing just three deliveries. It was MS Dhoni and Shivam Dube who steadied the ship for their side after CSK were reduced to 36/5 inside eight overs.

Dube and Dhoni combined to post a 62-run stand for the sixth wicket and kept CSK in the hunt. While Dube took the attack against the Punjab Kings bowlers, Dhoni's approach left many baffled. The former CSK skipper played too many dot balls and failed to rotate the strike well as Dube was left alone to play the attacking game.

While Dube hit 57 runs off just 30 balls, Dhoni was batting on 10 off 20 balls at one stage when the left-hander was still out in the middle. Dhoni finished with 23 off 28 balls as CK were skittled out for a paltry 126 in the 181-run chase.

Gavaskar explained how Dhoni's failure to compliment Dube and his slow approach from the other end ended up costing CSK the game against Punjab Kings. The former India captain said Dhoni couldn't get a move on early in his innings which is the reason why CSK got stuck in the run chase.

"With MSD, what you see is that even if he doesn't start hitting the big ones, he is moving the strike along, getting those ones and twos. He wasn't quite able to do that this time around. That's where CSK got stuck just that little bit," Gavaskar said on Star Sports.

"If they had a situation where Shivam Dube was hitting the ball so well, they needed to get a move on along with him. That didn't quite happen. Look at those some of those dot bills that he played, yes, later on, he made up with the boundaries. When you are looking to score 20 runs an over, that's tough for the best of players, it's not easy," added the batting legend.

CSK have lost their first three matches at the start of the season for the first time in the history of the IPL as the four-time champions struggle under new captain Jadeja. The Men in Yellow will be looking to bag their first win of the season when they face Sunrisers Hyderabad on Saturday (April 09).