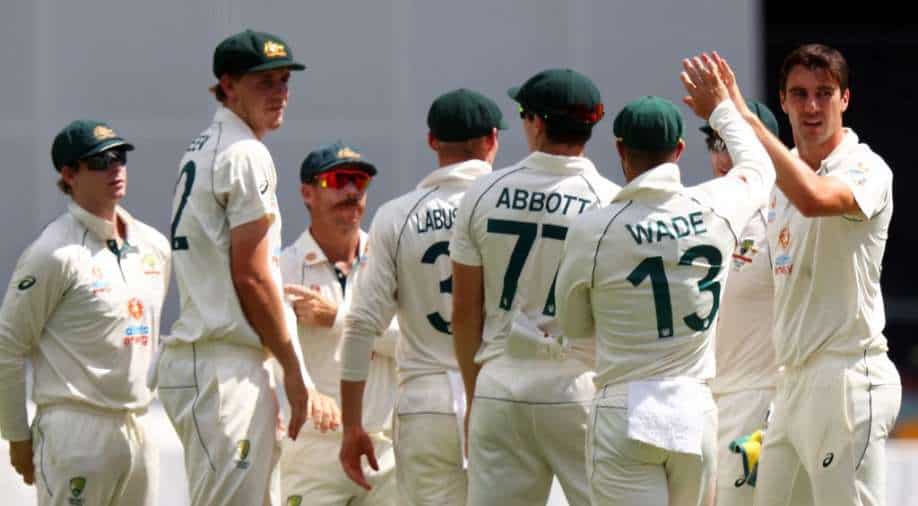 Australia's tour of South Africa has been officially called off on Tuesday with the Tim Paine-led outfit likely to miss the ICC World Test Championship final spot following their 2-1 series defeat against India.

Australia's tour of South Africa has been officially called off on Tuesday with the Tim Paine-led outfit likely to miss the ICC World Test Championship final spot following their 2-1 series defeat against India.

The Aussies further faced points deduction for slow over-rate during Boxing Day Test, which has now come to bite back Australia. Cricket Australia has received medical advice that the team should not tour the Rainbow nation. And on Tuesday, it was confirmed that the three-Test series, due to start on March 3, has been called off.

South Africa is being hit severely by a mutant strain of the coronavirus with the country positivity rate with its testing standing at a staggering 10 per cent. Hence, Cricket Australia decided not to compromise on the safety and well-being of the players and staff.

Now, India need to win two Tests and draw one of the other two Tests against England to eliminate Australia.

Today we informed Cricket South Africa that we believe we have no choice but to postpone the forthcoming Qantas Tour of South Africa due to the coronavirus pandemic. Full statement 👇 pic.twitter.com/mYjqNpkYjp

“Due to the public health situation in South Africa, which includes a second wave and new variant of the virus, and following extensive due diligence with medical experts, it has become clear that travelling from Australia to South Africa at this current time poses an unacceptable level of health and safety risk to our players, support staff and the community,” said Hockley.

“We acknowledge the significant amount of work by CSA in planning for the tour, during which we made it clear that CA was prepared to take on additional cost and effort to make the series happen.

“This decision has not been made lightly and we are extremely disappointed, especially given the importance of continuing international cricket at this time, our valued relationship with CSA, and our aspirations to compete in the inaugural ICC World Test Championship.

“However, we have been consistent since the start of the pandemic that the health and safety of our people is always our number one priority and unfortunately despite best efforts to agree a biosecurity plan, the risks are simply too great at this time.

“As difficult and disappointing a decision as this is, especially for Justin, Tim and the team, we have a duty of care to our people and their health and safety can’t be compromised.

“We look forward to playing the series against CSA at a date to be confirmed in due course and we send CSA and the people of South Africa our very best wishes for a successful rollout of the COVID-19 vaccine and a return to normality soon.”