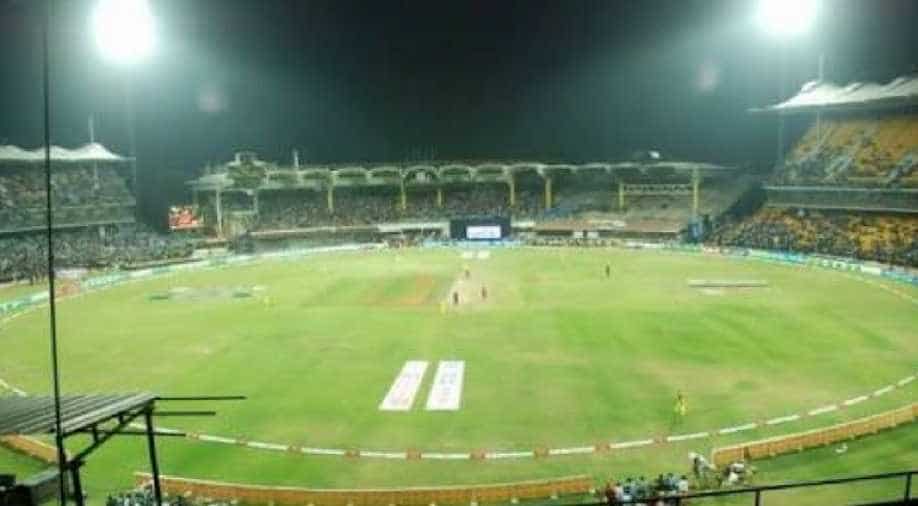 The Board of Control for Cricket in India (BCCI) and the Tamil Nadu Cricket Association (TNCA) have decided to allow crowds at 50 per cent capacity in the second Test between India and England at the MA Chidambaram Stadium in Chennai.

The Board of Control for Cricket in India (BCCI) and the Tamil Nadu Cricket Association (TNCA) have decided to allow crowds at 50 per cent capacity in the second Test between India and England at the MA Chidambaram Stadium in Chennai.

According to a report in PTI, the issue was discussed again by the TNCA members after fresh COVID-19 guidelines on entry of spectators inside sporting venues were issued. The move was given a green signal after a meeting between BCCI and TNCA officials.

"We discussed the issue of allowing spectators for second India vs England Test following fresh COVID-19 guidelines by the Central government permitting crowds at sporting venues and also the state government's SOPs given on Sunday," the TNCA official told PTI.

ALSO READ: BCCI in touch with government to get Indian cricketers vaccinated: Report

"It has been decided by the BCCI and TNCA to allow 50 per cent spectators for the second Test by following all safety protocols."

The MA Chidambaram Stadium in Chennai has a crowd capacity of 50,000. The first Test commences on Friday and will be played behind closed doors. Notably, crowds have already been allowed for the third and fourth Test in Ahmedabad.

The official further said that media would also be allowed to cover both the Tests from the press box at the stadium.

Earlier, the BCCI and TNCA had decided that the first two matches in Chennai would be held behind closed doors but the decision was revised after home ministry's guidelines on easing of restrictions on public movement.

The official said there was little time to allow entry of spectators for the opening Test.

"There is little time to make arrangements for spectators entry for the first Test so the crowd cannot be allowed. Though the gap between the two Tests is only three days, we are confident that arrangements can be made for (50 per cent) fans in the second Test keeping the safety norms in mind," the official added.