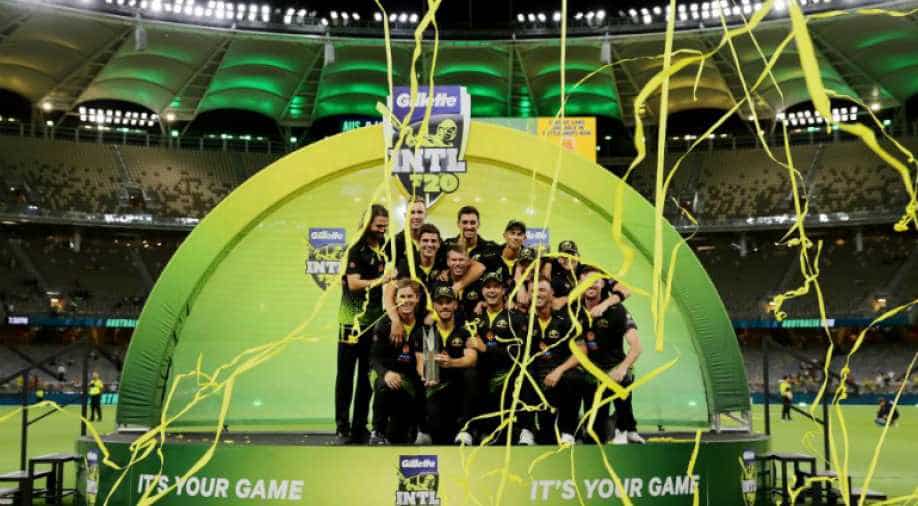 Australia rested star pacer Pat Cummins but his absence was not missed by the hosts as the Australian pacers shared six wickets amongst themselves.

Australia continued their recent dominance in T20 as they thrashed Pakistan in the third and final match of the series to claim the series 2-0.

It was a completely one-sided affair as the hosts first restricted Pakistan to less than a modest score and then wrapped up the match with more than eight overs to spare. Australia rested star pacer Pat Cummins but his absence was not missed by the hosts as the Australian pacers shared six wickets amongst themselves.

After Australia won the toss, spearhead Mitchell Starc showed his intentions early in the match as he removed captain Babar Azam and Mohammed Rizwan for 6 and 0. Pakistan couldn't recover after losing three wickets for 22 runs and wickets at regular interval meant that Pakistan ended with a score of 106 runs.

Kane Richardson claimed three wickets in the all-round show by Australian bowlers. The star of the bowling, however, was the Man of the Match Sean Abbott who took two wickets in the match but gave away only 14 runs in four overs. Starc also claimed two wickets.

David Warner and skipper Aaron Finch showed no mercy to Pakistani bowlers as Australia finished off the match in 11.5 overs with all the wickets intact. Warner and Finch were not out at 48 and 52 runs respectively.

Steve Smith was awarded Player of the Series award.

In the previous match too, Australia won comfortably by seven wickets. Steve Smith was the star of that match with an unbeaten score of 80. Australia were also ahead in the first match of the series before it was called off due to rain.

After a clean-sweep against Sri Lanka at home, this is another series win for Australia. Australia are to host T20 world cup next year.

For Pakistan, the only positives of the series were Babar Azam and Iftikhar Ahmed. Azam scored most runs in the series with an average of 57.5 and was followed by Ahmed who remained unbeaten in the tournament and scored 108 runs.

Richardson took most wickets (6) in the series. Ashton Agar and Starc ended with four wickets.