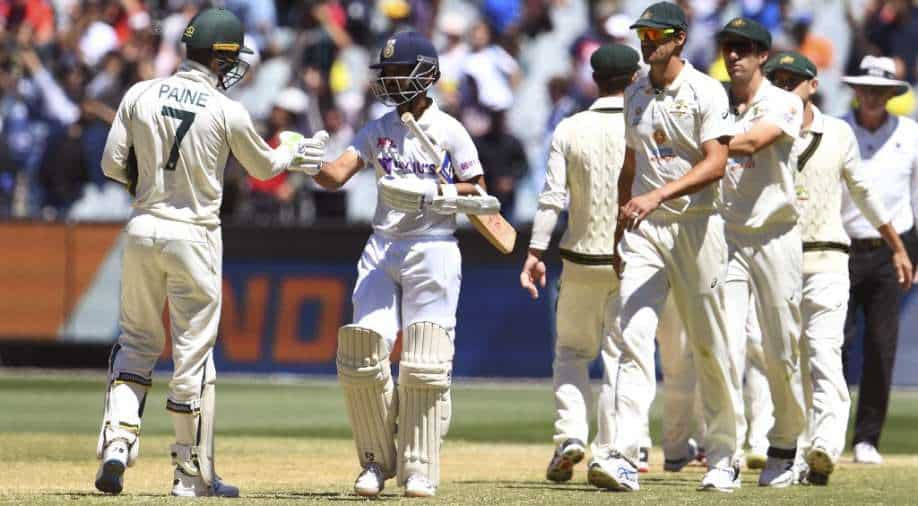 Australia have been fined 40 per cent of their match fee and penalised four ICC World Test Championship points for maintaining a slow over-rate against India in the second Test that ended in Melbourne on Tuesday.

Australia have been fined 40 per cent of their match fee and penalised four ICC World Test Championship points for maintaining a slow over-rate against India in the second Test that ended in Melbourne on Tuesday.

David Boon of the Emirates ICC Elite Panel of Match Referees imposed the sanction after Tim Paine’s side was ruled to be two overs short of the target after time allowances were taken into consideration.

In accordance with Article 2.22 of the ICC Code of Conduct for Players and Player Support Personnel, which relates to minimum over-rate offences, players are fined 20 per cent of their match fees for every over their side fails to bowl in the allotted time. In addition, as per Article 16.11.2 of the ICC World Test Championship playing conditions, a side is penalised two points for each over short. Consequently, four World Test Championship points have been deducted from Australia’s points total.

Paine pleaded guilty to the offence and accepted the proposed sanction, so there was no need for a formal hearing.

On-field umpires Bruce Oxenford and Paul Reiffel, third umpire Paul Wilson and fourth umpire Gerard Abood leveled the charge.
Australia lost the Boxing Day Test vs India by eight wickets as Ajinkya Rahane’s men bounced back after Adelaide Horror to equalise the four-match Test series 1-1. Rahane was awarded Man of the Match for his incredible century in the first innings, which laid the platform for India to take charge in the Boxing Day Test.

“Really proud of all the players. Played really well. Want to give credit to the debutants Siraj and Gill, the character they showed after the Adelaide loss was great to see. Character was important for us, especially after losing Umesh in the second innings. The talk was all about showing the attitude and intent on the field. As I said, character. Adelaide was about one hour that took the game away from us. Lots to learn for even now. Australia applied themselves with their last five wickets,” said Rahane after the completion of Boxing Day Test.

India will now take on Australia in the third Test, scheduled to be played at the Sydney Cricket Ground from January 7.