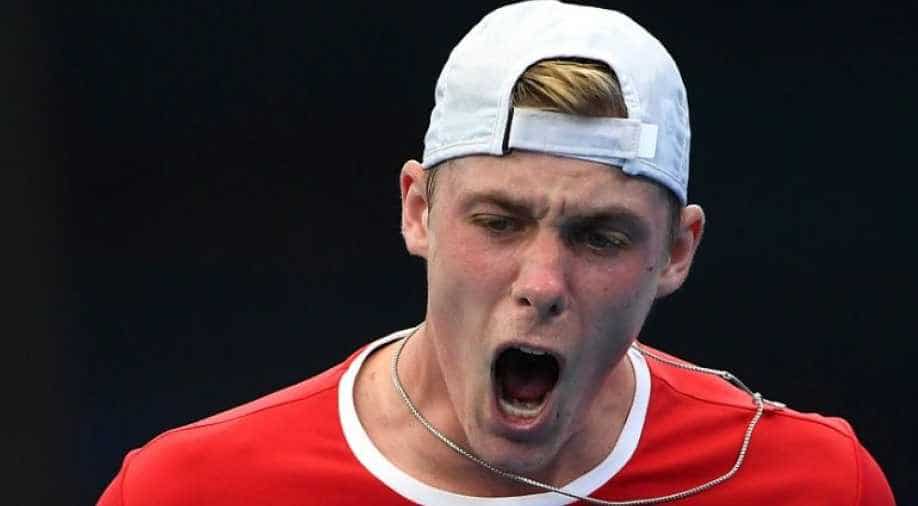 After more than two hours of power-hitting from two of the ATP's most exciting next-generation players in a match in which there was no break of serves, Shapovalov converted his first match point when Tsitsipas double-faulted on his serve.

Denis Shapovalov won the battle of the up-and-comers against Greek Stefanos Tsitsipas to clinch Canada's opening tie in the inaugural ATP Cup men's team event in Brisbane on Friday.

The baby-faced left-hander, 20, handed Canada an unassailable 2-0 lead in the tie with a 7-6(6) 7-6(4) victory in the second rubber against world number six Tsitsipas at the Patrick Rafter Arena.

Canada went up 1-0 when Felix Auger-Aliassime claimed a breezy 6-1-6-3 victory over Michail Pervolarakis for the first win in the $15 million ATP Cup, which features 24 nations contesting in Perth, Brisbane and Sydney over 10 days.

The participating teams for the event have been determined by the singles ranking of their best player. Six of the top seven players in the world, barring Swiss great Roger Federer, have arrived in Australia.

The event, however, did not get off to the best possible start with the organisers playing a wrong national anthem for Moldova ahead of their tie against Belgium in Sydney.

"At the start of the Moldova vs Belgium match we mistakenly played the wrong national anthem for Moldova," the organisers said on the official Twitter handle for the ATP Cup. "We are sincerely sorry and have apologised personally to Team Moldova."

The 21-year-old Tsitsipas was considered the favourite going into the match against Shapovalov having defeated Roger Federer and Dominic Thiem to win the ATP Finals in November.

But Shapovalov, who played brilliantly to lead Canada to its first Davis Cup final in November where they eventually went down to Rafael Nadal's Spain, was the better player on the big points against the Greek.

After more than two hours of power-hitting from two of the ATP's most exciting next generation players in a match in which there was no break of serves, Shapovalov converted his first matchpoint when Tsitsipas double faulted on his serve.

"It's definitely a huge win for me," Shapovalov said in an on-court interview. "Obviously, he had an unbelievable end to the season and he's definitely one of the top players in the world right now. He's got a great game.

"So to beat a guy like this in the first match of the year, it's really special for me. It means a lot.

"I think today it was just a couple points here and there, just tried to keep playing my game, keep playing every single point and wait for my chances and I just think that I took advantage really well in the tie-breaks."