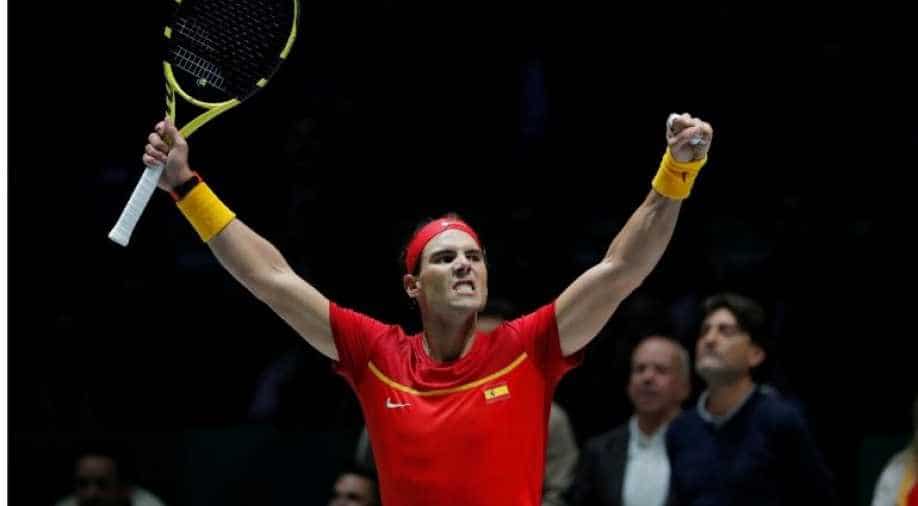 Nineteen-time Grand Slam champion Rafael Nadal and former world number 1 Andy Murray are among those honoured by the men's tennis tour ATP at their end of the season awards for 2019.

Nadal was voted by fellow players as the winner of "Stefan Edberg sportsmanship" award for the second straight year and third time overall. The Spaniard was also honoured with the year-end number 1 trophy at the ATP tour finals last month and named the ITF world champion for 2019 alongside women's number 1 Ashleigh Barty.

Three-time Grand Slam champion Andy Murray was named the "comeback player of the year" after going from almost retiring at the Australian Open due to persistent injury to an unprecedented return from a hip resurfacing surgery that culminated in a doubles and singles title.

Italy's 23-year-old Matteo Berrettini was named the "most improved player" of the year after a breakout season in which he won two titles, reached a maiden grand semi-final and went from number 54 to a career high number 8 in the world rankings. Berrettini beat the likes of Stefanos Tsitsipas, Daniil Medvedev and Felix Auger Aliasime.

World no. 4 Medvedev's stellar season was recognised indirectly, with his coach Gilles Cervara adjudged as the "coach of the year" after leading the Russian to a tour leading 56 match wins, four titles and nine finals.

The "newcomer of the year" award was won by 18-year-old Italian Yannick Sinner who won the ATP next gen finals on his debut appearance to cap off a season in which he went from being ranked 553rd to the youngest in the world's top-80 since 2003.