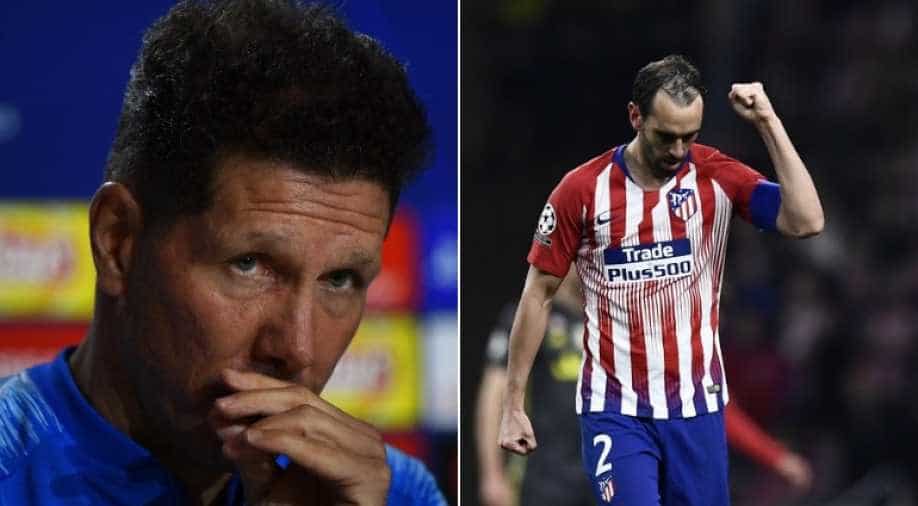 Diego Simeone on Saturday brushed aside talks about the imminent transfer of Uruguayan defender Diego Godin.

Atletico Madrid's Argentine coach Diego Simeone on Saturday brushed aside talks about the imminent transfer of Uruguayan defender Diego Godin to the Serie A side Inter.

The speculations regarding Godin's move to Inter come a few days after Inter's chief executive Giuseppe Marotta was cited as saying "We are very advanced in our negotiations and it was good to see him score against Juventus but I won't speak about the rest."

However, Simeone declined to comment, "I cannot say anything because it is an opinion or remarks by Marotta. In the due time, if Godin or Atletico have something to say, they will inform you."

🎙 | PRESS CONFERENCE
📻 @Simeone is speaking ahead of the #AtletiVillarreal match: "They’re a tough team with very good players."#AúpaAtleti pic.twitter.com/PFVPLtE3lB

Eying UEFA Champions League title, Atletico defeated Juventus 2-0 in the in the first leg of the UCL round of 16.

He said, "Simeone said, "I understand it all, because I am part of this. I understand everything that could happen."

Ronaldo won the Champions League title once with Manchester United in 2007/2008, and four times with Real Madrid in the 2013/2014 season and then three consecutive titles from 2016-2018, before joining the Italian side during the summer transfer window on a surprise move.

Atletico, meanwhile, was unable to hoist the title of Europe's elite club tournament, despite reaching the final three times, including twice under Simeone.