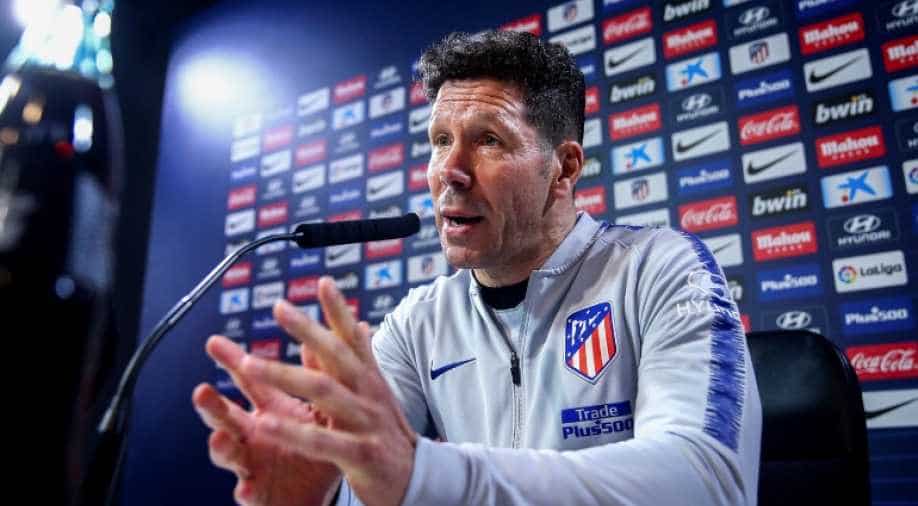 'I want to apologise once again, like I did after the game to the people who were offended,' said Atletico Madrid's head coach Diego Simeone.

Atletico Madrid's head coach Diego Simeone said he regretted the way he celebrated his team's first goal against Juventus in the first leg of the UEFA Champions League round of 16.

While addressing a press conference, Simeone said, "Before starting, you know I never search for excuses. I want to apologise once again, like I did after the game to the people who were offended."

The first goal was netted by Uruguayan defender Jose Gimenez in the match that Atletico Madrid won 2-0 against the Italian side.

Atletico's Argentine coach Simeone reacted to the goal by making an obscene gesture. He grabbed his crotch.

"It was obviously an expression, a bad expression, of what I felt for my players. I say this in order to close the subject before you ask me what I think about it," Simeone added.

Atletico, meanwhile, was unable to hoist the title of Europe's elite club tournament, despite reaching the final three times, including twice under Simeone.