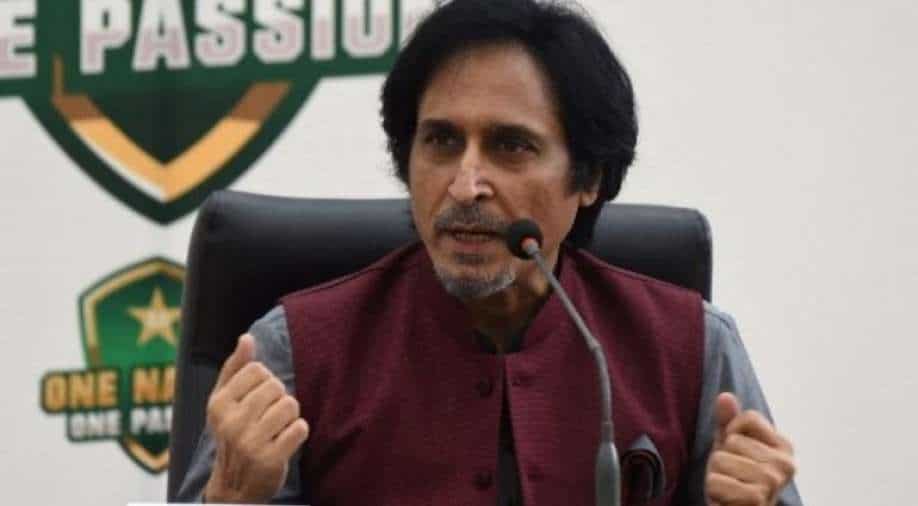 "The ACC has agreed and approved that the 2023 event in Pakistan will be a 50-over competition and will be held in September. This aligns very nicely with the ICC Men's Cricket World Cup 2023, which will be held in October and November (in India)," Raja told PCB's official website.

The 2023 Asia Cup in Pakistan will be a 50-over event with the Asian Cricket Council continuing its tradition of holding the tournament in the same format as that particular year's ICC global event, PCB chairman Ramiz Raja said on Monday.

However, the former Pakistan captain also dropped enough hints that there is very little chance of having a bilateral series against India in near future as a "lot of work still needs to be done" to reach a "comfortable level".

Raja recently attended the ACC meet in Dubai where he discussed the modalities of Asia Cup and also had a meeting with BCCI president Sourav Ganguly and secretary Jay Shah.

"The ACC has agreed and approved that the 2023 event in Pakistan will be a 50-over competition and will be held in September. This aligns very nicely with the ICC Men's Cricket World Cup 2023, which will be held in October and November (in India)," Raja told PCB's official website.

While Raja said that the tournament will be held in Pakistan, chances of India visiting the neighbouring nation is next to nil if the current political climate persists, which is going to be the likely case.

In that case one can expect that like 2018, the tournament will be shifted to Dubai.

"We are looking forward to hosting this tournament in Pakistan and I am confident it will be a well-organised event because this is what the fans want.

"The ACC has also confirmed next year's tournament in Sri Lanka will be played on a 20-over format and will be a prelude to the ICC Men's T20 World Cup 2022 to be held in Australia from 16 October to 13 November," Raja added.

On his meeting with the BCCI officials, Raja said: "A lot of work needs to be done to revitalise Pakistan-India cricket but there needs to be some comfortable level between the two boards and then we can see how far we can go. So overall, we had a good discussion."

"I met with BCCI President Sourav Ganguly and secretary Jay Shah on the sidelines of the ACC meetings. We need to create a cricketing bond, while I have also believed that politics should stay away from sport as much as possible and this has always been our stance," he reiterated.

Raja understands that ACC as a body has no power to dictate terms to a giant like BCCI and that's the reason he sounded a word of caution for the continental body knowing that their could be a shift of Asia Cup by the time 2023 arrives.

"The ACC was set-up to create a unified approach and collective stance so that we had one voice and if there was a situation, all stood together.

"I would like to see our relationship with other boards and the ACC to be strong so that if there is an issue, like we had with the withdrawal of a couple of sides, a strong and joint statement could come out from the ACC platform.

"My message at the ACC was that we should not forget this philosophy and I am optimistic there will be better outcomes in future," he concluded.