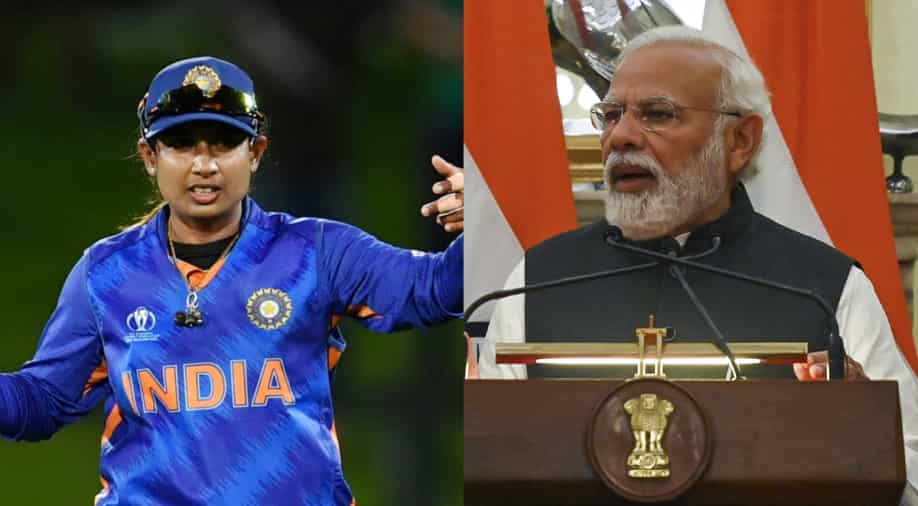 Prime Minister Narendra Modi on Sunday paid glowing tributes to Mithali Raj and conveyed his best wishes to the legendary former Indian skipper who announced her retirement earlier this month.

Having made her debut at the age of 16, Mithali brought an end to an illustrious 23-year career, finishing as the most capped player, the highest run-scorer and the most successful women's captain.

In Sunday's episode of 'Mann Ki Baat', Modi described Mithali as "one of the most talented cricketers in India".

"Her retirement from cricket has emotionally moved many sports lovers. Mithali has not only been an extraordinary player but has also been an inspiration to many players. I wish Mithali all the very best for her future," the prime minister said.

In 333 international matches, the 39-year-old aggregated 10,868 runs across three formats.
She has led India to a record 89 wins from 155 ODIs, ahead of Belinda Clarke who is second in the list with 83 victories.