'An emotional call': Aakash Chopra on CSK shelling out INR 120 million to retain MS Dhoni ahead of IPL auction 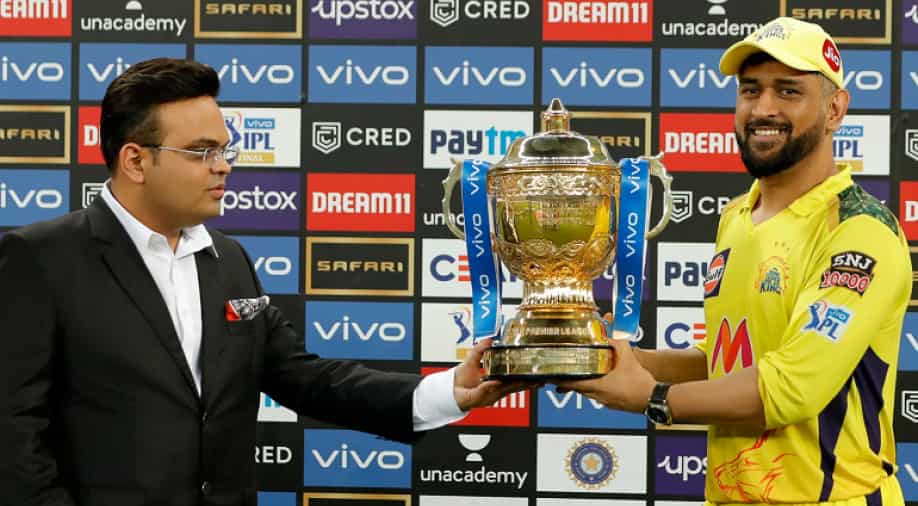 MS Dhoni has led CSK to four IPL titles in a glorious career so far. | Photo - IPL | Photograph:( Others )

Former India opener Aakash Chopra has labelled Chennai Super Kings's decision to retain captain MS Dhoni for a sum of a whopping Rs 12 crore (INR 120 million) as an 'emotional call'. CSK were always certain of retaining Dhoni, who has led the team to four IPL titles since the inception of the tournament in 2008 and is a cult hero in Chennai for his remarkable leadership qualities.

One of the most successful captains in the history of IPL, Dhoni has also been instrumental as a batter in CSK's success over the years. He has led the team to a stunning nine finals in just 12 seasons and has been retained ahead of IPL 2022. Dhoni might be past his best when it comes to his batting, but the former India captain remains a shrewd skipper and is all set to lead CSK once again next year.

While most CSK fans are happy with the four-time champions retaining their captain, Chopra, a cricketer turned commentator said the franchise made an emotional call by parking Rs 12 crore on the 40-year-old. The former India batter believes that CSK will once again stick to their philosophy of going after experienced players at the upcoming IPL 2022 mega auction and might buy back South Africa veteran Faf du Plessis.

"CSK have made an emotional call by parking 12 crore on MS Dhoni. They could have ended up with 54 crore instead of 48 crore. They are going to bank on experience. They really don't go after the young ones. They'll get Faf [du Plessis] at the auction, should go for [Shikhar] Dhawan as well, why not," Chopra said on ESPN Cricinfo.

CSK retained Dhoni as their second-choice player and not the first-choice. It was star all-rounder Ravindra Jadeja, who was retained as the first-choice player by the franchise for a whopping Rs 16 crore (INR 160 million) reportedly on Dhoni's suggestion, as the CSK skipper wanted the senior player to get his due.

CSK also retained young batter Ruturaj Gaikwad, who enjoyed a fabulous IPL 2021 and was the highest run-getter of the season, and England all-rounder Moeen Ali. Chopra believes it will be a major challenge for CSK to buy back one of Deepak Chahar or Shardul Thakur, who both had to be let go of by the franchise.

"Rayudu and Uthappa slightly contentious choices, regarding the next three years. They will go all out and try to get at least one of [Deepak] Chahar or [Shardul] Thakur. They tend to stick with people who they have worked with very well. Very pragmatic team, don't see them spending 15 crore on their next captain," said Chopra.