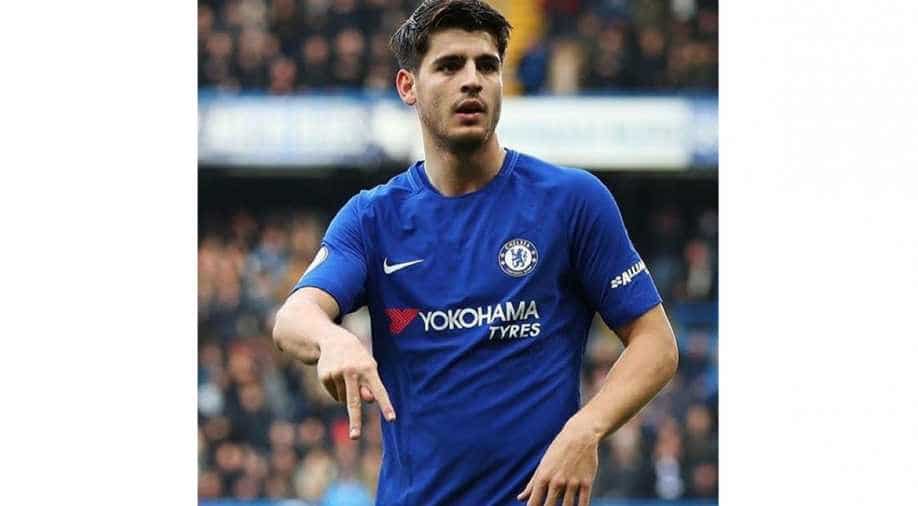 Alvaro Morata wrote Griezmann before his move to Atletico and hails Simeone as 'one of the best'.

Alvaro Morata spoke of his delight after completing the 18-month loan move to his boyhood club Atletico Madrid. Morata joined the Spanish club on loan from Chelsea until the end of the 2019-2020 season.

Atletico Madrid reached an agreement with Chelsea for the loan signing of Morata until the end of next season.

"I am very happy because it is very significant for me to be here. I am very happy and want to help the team as much as possible," said Morata during a press conference.

"I've been thinking about this for a long time," he added.

Morata praised Madrid's coach Diego Simeone saying, "Everyone in the world knows what kind of coach he is and what he has done for this club and this team."

"I am very happy to start training and play for this team. I think he is one of the best coaches and I can't wait to start to work with him," he added.

The 26-year-old started his career in the Atletico academy before eventually joining city rivals Real Madrid where he made 37 league appearances and scored 10 goals in La Liga.

His links to Real Madrid caused some Atletico fans to protest against the transfer. Part of the crowd attending the team's 2-0 win over Getafe on Saturday criticized the player's signing.