Absolute nonsense! Shoaib Akhtar lashes out at PCB and Babar Azam & Co. after defeat against Australia 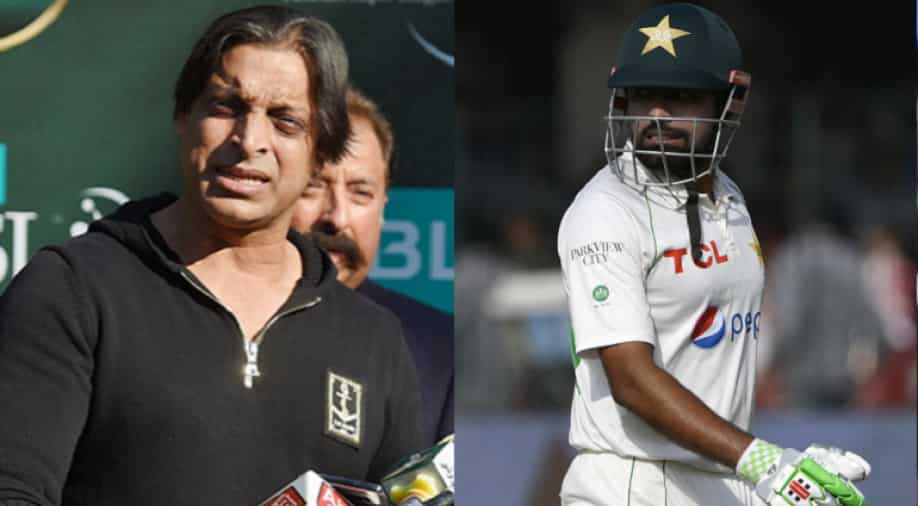 Legendary fast bowler Shoaib Akhtar has lashed out at the Pakistan Cricket Board and the Babar Azam-led side after their shambolic defeat against Australia in the third and final Test of the series in Lahore.

Former Pakistan fast bowler Shoaib Akhtar has slammed the Pakistan Cricket Board (PCB) and the Babar Azam-ed Pakistan cricket team after their shambolic defeat against Australia in the final third Test of the three-match series at the Gadaffi Stadium in Lahore on Friday (March 25). Australia skittled out Pakistan for 235 runs in their second innings to win the game by 115 runs and clinch the series 1-0.

Skipper Cummins led the charge as the Australian bowlers ran through the Pakistan batting line-up in the final session on Day 5 of the Lahore Test. Cummins picked up the important wickets of Fawad Alam and Mohammad Rizwan to finish with three wickets to his name while spinner Nathan Lyon bagged a five-wicket haul.

Akhtar lashed out at the Pakistan team management and the PCB for their defensive mindset. He also criticised PCB's move to create flat pitches for the series which ended up backfiring for the hosts. The former Pakistan pacer was all praise for Cummins and the Australian team for being brave and putting up a fight in the series.

"Absolutely disappointing series, this. Absolute nonsense. The mindset of both, the Pakistan Cricket Board and probably the team management was to draw this series. Neither should they win, nor us; just end this series in a draw," Akhtar said in a video on his official YouTube channel.

"But hats off to Australians. I'm genuinely happy for them. This is not their home, none of these players played in Pakistan before; they came here and play brave cricket. The bowlers didn't know when the ball reverses in such conditions but both, Mitchell Starc and Pat Cummins put in the hard hours to learn the skills of the trade here. Nathan Lyon, who hasn't toured Pakistan yet, took a five-wicket haul," he went on.

After a drawn first Test in Rawalpindi, Australia came close to clinching the second Test in Karachi but Pakistan were saved by a brilliant batting effort from captain Babar Azam and Rizwan. The two teams headed into the final third Test with the series at 0-0 and it was Australia, who managed to come out on top.

Batting first, Australia rode on half-centuries from Usman Khawaja, Steve Smith, Alex Carey and Cameron Green to post a big total of 391 runs on the board. The visitors then bundled out Pakistan for 268 runs in their first innings to gain a healthy lead and declared their second innings on 227/3.

While many expected Pakistan to comfortably pull off a draw once again, Australian bowlers ran the show and skittled out the hosts on 235 runs to wrap up a thrilling win. Akhtar slammed the PCB and the Pakistan team for defensive mindset in the series and urged for a change in personnel in the Pakistan Cricket Board.

"See, when you are lacking courage and only trying to escape, the results are like this. They came here after 24 years and they expected you to prepare good wickets. But you didn't do that. You tried to wear them down. The opposite has happened. It's the wrong approach, the wrong mindset. We should bring in people who are not mediocre and take the right decisions. Unfortunately, it doesn't happen in Pakistan," Akhtar said.