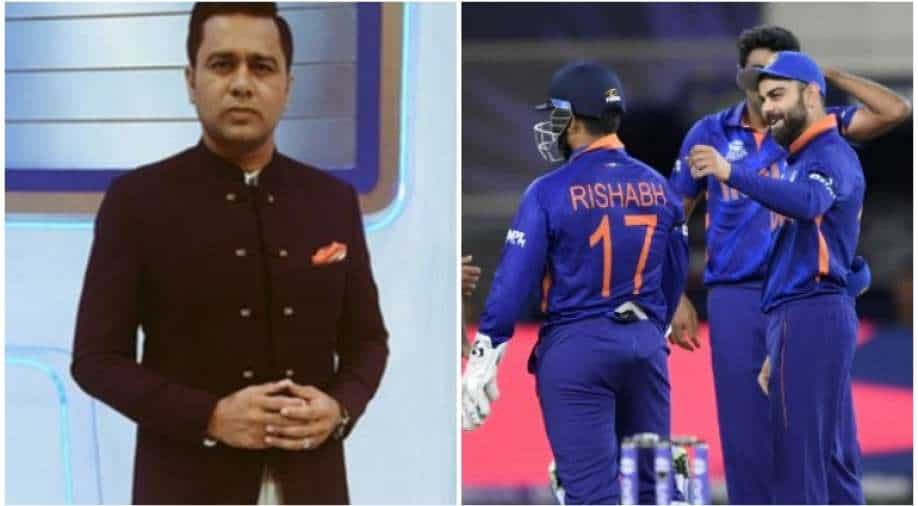 As India will now begin a new era under Rohit Sharma, with Virat Kohli stepping aside as captain in the shortest format, former Indian opener-turned-commentator Aakash Chopra has highlighted some fundamental flaws in Team India selection with regard to T20I cricket.

Virat Kohli-led India bowed out of the T20 World Cup 2021 edition, being held in the UAE, after not impressing as a unit in the Super 12 round. The one-time winners lost their opening two fixtures, versus Pakistan and New Zealand respectively, by big margins and were on the brink of an early elimination. While the Men in Blue did bounce back and won their remaining three games with ease, they were out of the semi-finals race prior to their last league stage encounter, versus Namibia.

Being touted as one of the strongest contenders for the coveted title, Kohli & Co.'s early exit left the cricketing fraternity in shock whereas the cricket-crazy nation were left disappointed. As India will now begin a new era under Rohit Sharma, with Kohli stepping aside as captain in the shortest format, former Indian opener-turned-commentator Aakash Chopra has highlighted some fundamental flaws in Team India selection for T20I cricket.

"It's a fundamental flaw in our system. I'm going to highlight this, because now, you're thinking about the future. The players you select in T20Is, you should pick them for the slot which are available, and where the selected players have scored runs,” Chopra said on his official Twitter account.

"You give preference to IPL performances which is good, but if you pick a player who has made runs as an opener for, say, number 5 spot in the international team, that won't work. He has scored all runs as an opener, how can you expect him to perform similarly lower down the order?” Chopra said.

"We have 5 openers in the Indian team for the squad against New Zealand. We have only 3 matches; how many opportunities can you give? Rohit and Rahul are obviously going to play -- they are the captain and vice-captain respectively,” he added.

After the failed T20 WC campaign, India will now move their focus towards the home series versus New Zealand, which will begin from November 17. The home series will comprise three T20Is and two Tests versus the Black Caps.

Meanwhile, Rahul Dravid will now also take over as India's head coach, from Ravi Shastri, and hope to take the national side to greater heights -- especially in T20I cricket post the dismal campaign in the ongoing World Cup.