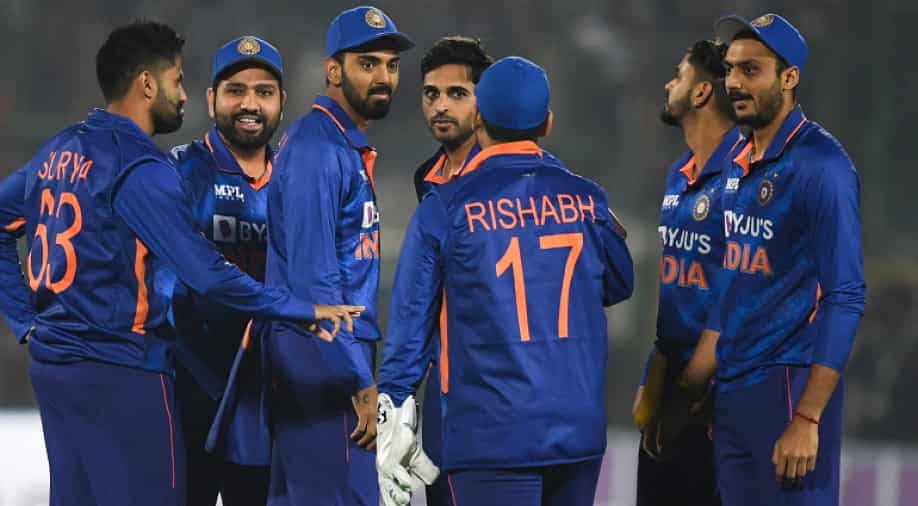 Who should be India's next vice-captain in ODIs? Photograph:( AFP )

Here we take a look at three Indian players who might become the new vice-captain of the Indian ODI team after Rohit Sharma was elevated to captaincy.

Rohit Sharma has replaced Virat Kohli as Team India's white-ball captain ahead of the team's tour of South Africa later this month. It will be the beginning of a new era for the Indian team under Rohit's leadership with a T20 World Cup and an ODI World Cup lined up in the next two years.

The move to replace Kohli as ODI captain came as a surprise to many as the Indian batter had made it clear in October this year that he is keen to lead the national team in Tests and ODIs after reliving the T20 captaincy. However, his captaincy stint in limited-overs cricket was cut short by BCCI, who opted for one captain for white-ball cricket.

While the move has drawn mixed reactions from fans and former cricketers, it remains to be seen who will take over the vice-captaincy spot in ODIs left vacant by Rohit after he was elevated to captaincy. BCCI is yet to announce India's vice-captain in ODIs ahead of the South Africa tour. Here is a look at three top candidates for vice-captaincy -

KL Rahul was appointed as Rohit Sharma's deputy for his first T20I series as full-time captain of the Indian team against New Zealand at home. Rahul is favourite to take over as vice-captain in ODIs as well. He is one of the few players who is a regular in both ODIs and T20Is for India and has been a consistent performer with the bat. He also has the experience of leading Punjab Kings for two seasons in the Indian Premier League.

India's first-choice wicket-keeper in white-ball cricket, Rishabh Pant can also be a good fit as a vice-captain looking ahead. Pant has been exceptional in Tests recently and has also cemented his spot in both ODIs and T20Is. He led Delhi Capitals to the playoffs in IPL 2021 and has been maturing as a leader. He can be groomed for a future leadership role as Rohit's deputy in ODIs at present.

Shreyas Iyer has been around the Indian setup for a while now as far as ODIs and T20Is are concerned. Though he was not part of the T20 World Cup 2021's main squad, he is seen as a vital cog in India's batting line-up and has proved his leadership qualities at Delhi Capitals in the IPL. Iyer was the first and the only captain to lead Delhi Capitals to the final of the IPL. He can be an ideal deputy to Rohit in the fifty-over format.