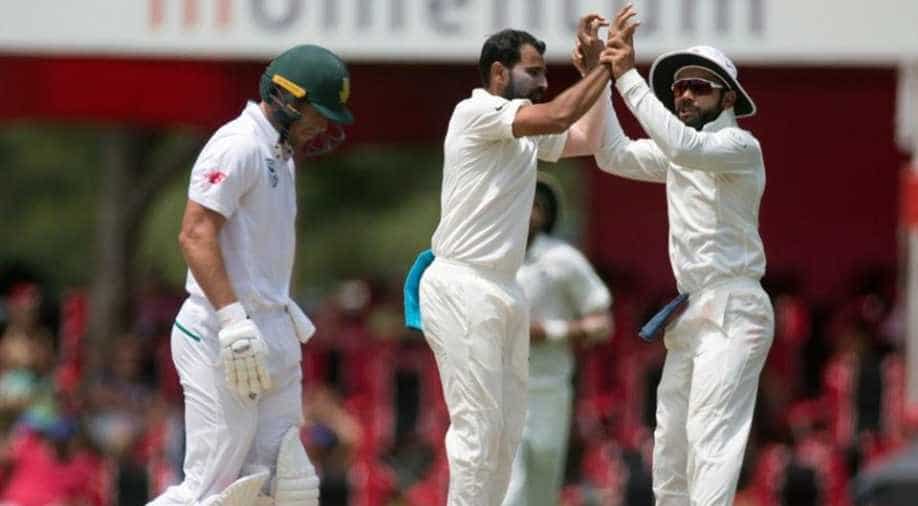 With 28 runs lead, the Proteas managed to set India a mammoth target of 287 at the Centurion. Photograph:( Reuters )

Mohammed Shami's four-wicket haul had South Africa all out for 258 runs in their second innings during the final session of the fourth day of the second Test match.

With 28 runs lead, the Proteas managed to set India a mammoth target of 287 at the Centurion.

The main highlight of South Africa’s second innings was of AB de Villiers and Dean Elgar, scoring 80 and 61 respectively.

Skipper Faf du Plessis and Vernon Philander were the two batsmen on the crease who generated a partnership to take South Africa's score to 173/5 at lunch.

Earlier on Day 3, Kohli hit a masterly 153 in India`s first innings of 307 to stay in touch in Centurion, even though South Africa stretched 28-run first innings lead to 118 by scoring 90 for two in their second spell at-bat on a storm-shortened afternoon.