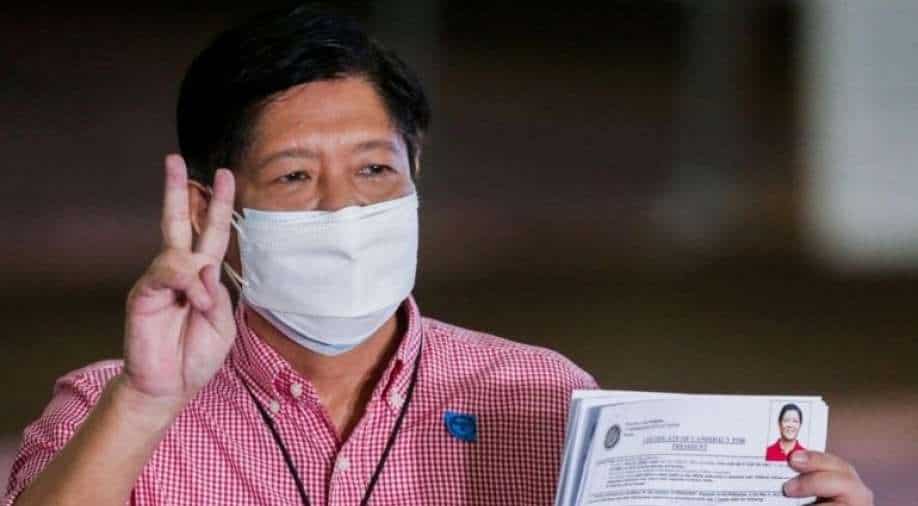 Ferdinand 'Bongbong' Marcos, the son of former Philippines dictator Ferdinand Marcos, is well on his way to complete a huge victory in the country’s presidential elections, according to an unofficial tally.

According to AFP who quoted local reports, the data provided by the Philippines Commission on Elections showed that Bongbong Marcos had a huge lead over his main rival Leni Robredo and with almost half of the 70,000 polling stations submitting their results, his victory is just a matter of time.

There were ten candidates in the Philippines elections this year who were looking to succeed President Rodrigo Duterte but Bongbong Marcos and Robredo emerged as the main contenders.

It has been around 35 years since his father was removed as the dictator following a popular revolution. However, according to the unofficial tally, the 64-year-old had 21.7 million votes as opposed to the 10.3 million votes for Leni Robredo, who has served as the vice president.

"It's not over until it's over," Vic Rodriguez, spokesperson for Bongbong Marcos, told CNN Philippines.

"Bongbong Marcos has never looked beyond May 9 and it's still May 9. We are under expressed instruction from him not to lose focus and look beyond May 9."

In his political career, Marcos has served as a governor, congressman and senator and he employed an aggressive social media campaign to show his father’s regime in a positive light.

However, there have been a number of rumours suggesting that the Marcos family made their fortune through embezzling government money and at present, Bloomberg reported the assets of the family is worth around $5 billion to $10 billion.