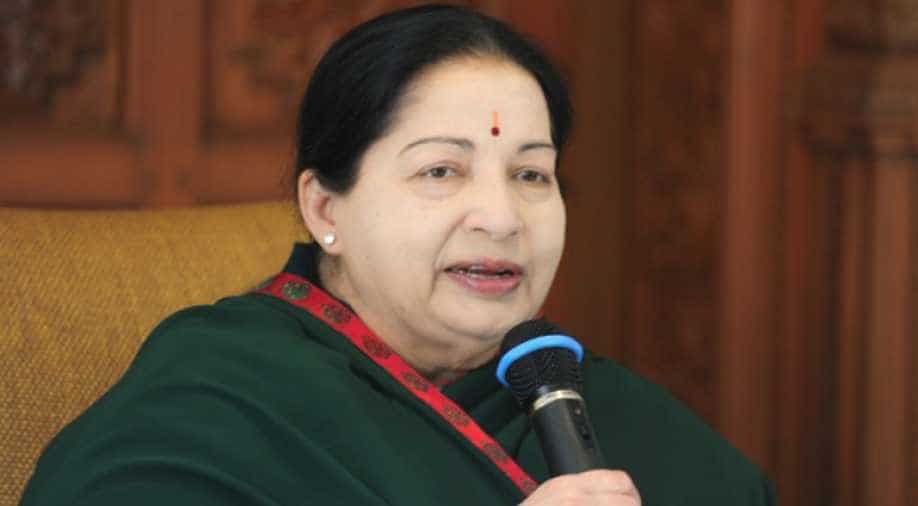 Jayalalithaa, 68, has been put on a heart-assist device. Photograph:( AFP )

India's interior minister Kiren Rijiju today said the southern state of Tamil Nadu may require extra security forces to handle law and order in case of chief minister J Jayalalithaa's demise. Rijiju said the central government is ready to put on standby forces to manage the situation "whenever" they are required.

Rijiju said the central government cannot intervene in a state government matter, but was willing to send extra forces to Tamil Nadu if it asked for it.

"They haven't asked formally," Rijiju said, adding that the state has a significant number of central forces.

"If there is a law and order situation, the central government is always willing to send extra forces. It is our primary duty to ensure that the state is being helped in whatever possible way they require.

"Because of the prevailing health condition of the chief minister (Jayalalithaa), they may require extra forces, which the home (interior) ministry will be ready to be put on standby, whenever, and whatever they require," the minister said.