Why a war between India and China is bad for Bangladesh 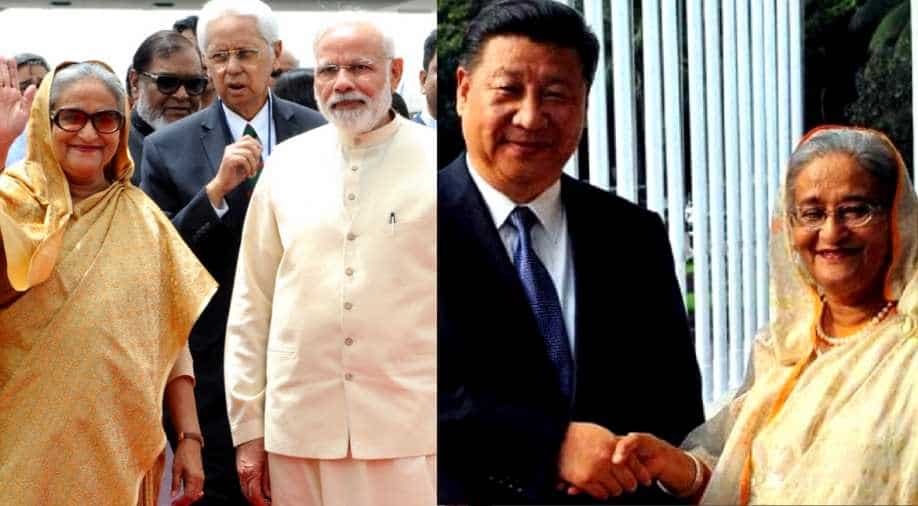 If not anything else, escalation of India-China standoff in the Doklam plateau at the Bhutan-China border will put Bangladesh in a precarious situation. Another Indo-China war will make it worse. Had this been in the seventies, especially in the years right after Bangladesh’s birth, the country wouldn’t have worried much about China and put its weight behind India.

China, the new global economic super power, is the largest trading partner of Bangladesh, over taking India a few years back

But, since those years, a lot of water has passed under the bridges over the Ganges, Padma and Yangtze and miraculous changes have taken place. China, the new global economic super power, is the largest trading partner of Bangladesh, overtaking India a few years back. China is also the biggest potential investor in capital-crunched Bangladesh.

Alongside trade and investment, military cooperation between China and Bangladesh has steadily increased for two reasons. One, China has no border with Bangladesh and there is hardly any possibility of military conflict between the two nations. Two, Chinese armaments are affordable and come with some reasonable standard. For similar reasons, many other small to medium size developing countries resort to Chinese weapons and equipment. However, when the Chinese ambassador to Dhaka bragged about Beijing-Dhaka cosiness on military cooperation, it doesn’t make too much sense; for example, it is fundamentally different from China-Pakistan military cooperation.

As far as defence is concerned, at least, the current government of Bangladesh don’t consider India as any imminent threat.

Some Indian politicians, strategists and media fail to grasp Bangladesh’s subtle stand on Dhaka-Beijing dynamics as well as Bangladesh’s defence concerns and defence architecture. They unwisely get worried and raise alarms. In the current geo-economic reality, Bangladesh can’t shut its door on China and be deprived of what China is generously offering and which no other countries can match up to.  China is giving to Bangladesh massive and much needed FDI in infrastructure and manufacturing which will also bring export earnings, jobs for the ever increasing work force, better public service and pave the way for more domestic and external investment. The Chinese are also economically benefitting from such ventures.

As far as defence is concerned, at least, the current government of Bangladesh doesn't consider India as an imminent threat. They are quite pragmatic and understand India’s general approach towards national security matters. The present government in Bangladesh would have been more comfortable to work with a secular Indian government rather the right wing one. Having said that, good will and trust building endeavour from both the sides are significant.

There are certain facts and widely accepted defence strategies from which Bangladesh can’t really escape. When one is surrounded by a highly militarised zone, e.g. the Indian north-east, and a semi-hostile neighbour i.e. Myanmar, which is constantly pushing the Rohingyas into Bangladesh, then it needs some degree of military preparations, just in case it gets into any worst case scenario. Bangladesh, after all, is a sizable country of 160 million people and it's already world’s 33rd largest economy with an impressive growth rate of more than 6 per cent.

The worst thing for Bangladesh would be if the Chinese and Indians start fighting each other in a big way and Bangladesh is forced to take a side.

The first post-independence Awami League government didn’t have a good relation with China as the latter supported Pakistan in 1971. The disconnect between Awami League and China lingered for years. Prime Minister Sheikh Hasina undertook an initiative to break the ice when she was a leader of the Opposition quite a few years back and made a trip to the Land of the Dragon. The Chinese remembered her diplomatic effort and rather than supporting BNP, its perceived friend in Bangladesh and Hasina's political opponent, China stayed away from the tumults of Bangladesh’s recent domestic politics.

However, the worst thing for Bangladesh would be if the Chinese and Indians start fighting each other in a big way and Bangladesh is forced to take a side.

So far, Bangladesh has been careful about Indian sensitivities and honoured it even by accepting losses, the same can't be said about India though. Only China made a viable offer to construct the much needed deep seaport while India decided to put it on the back burner as it considered such a port as one of the dots in the so called Strings of Pearls. In the recent Belt and Road summit in Beijing, Bangladesh sent a low profile official though many expected Sheikh Hasina to join.

But Bangladesh is a relatively weaker country in a reasonably volatile region and, therefore, can’t afford to be too isolated and put all the eggs in one dubious basket. It’s not clear how long India’s Nehruvian defense philosophy would last, especially, amidst the ongoing right wing drumming. Under pressure, Prime Minister Modi is already trying to be aggressive. Domestically, the BJP often say anti-Bangladeshi things, especially in the east and north-eastern India. Such news pour into Bangladesh quite easily in this age of information super connectivity. Deep inside, Bangladesh worries that it could become a victim of future saffron aggression.

With an imploding Islamic world and a disinterested U.S, only China offers crucial geostrategic support to Bangladesh. No high officials of the Bangladeshi diplomatic corps or top policy-making forums will, however, utter this openly, but they know it far too well. And there is hardly anything irrational in that. For a long-lasting and genuinely close Bangladesh-India relation, it’s better that there is no divergence between what the government says at the bilateral level and what the political forces say domestically. At the end of the day, India and Bangladesh share a very special relationship and no matter what the current political and economic exigencies are, the relationship needs to be protected to ensure stability and peace in the region.