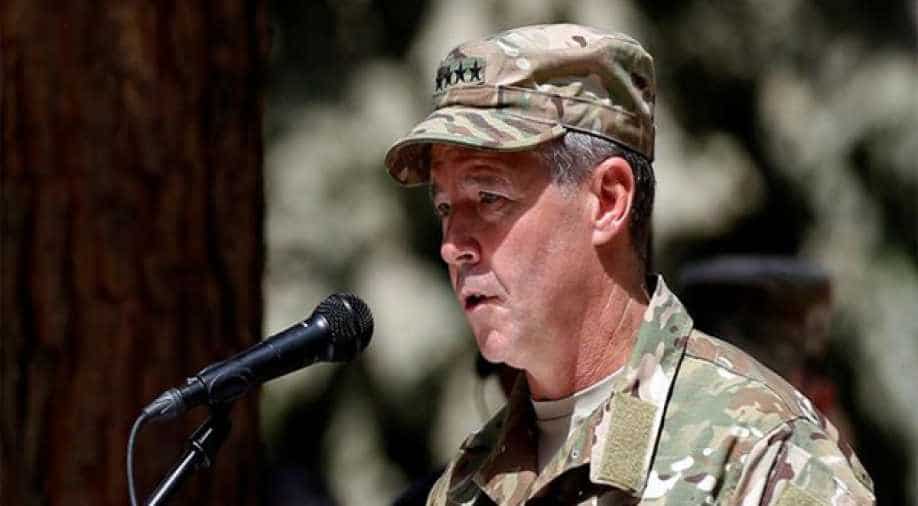 Resolute Support Commander General Austin Scott Miller, who escaped uninjured in Thursday's attack at the Kandahar Governor's house, tweeted that he "lost a great friend" while referring to Kandahar police chief General Abdul Raziq, who was killed in the attack.

Gen Scott Miller took to Resolute Support's official Twitter account to state, "Today I lost a great friend Lt. Gen. Raziq. We had served together for many years. Afghanistan lost a patriot, my condolences to the people of Afghanistan. The good he did for Afghanistan and the Afghan people cannot be undone."

Taliban has since claimed responsibility for the attack which also killed the head of the provincial National Directorate of Security (NDS) Gen. Abdul Momin Hassankhail and injured Kandahar's Governor Zalmai Wesa, the commander of Maiwand 404 police zone, a coalition force member and two Americans after a high-profile meeting on Thursday.

TOLOnews reported that the attack was initiated by at least one of the governor's bodyguards.

The attack occurred when officials were on their way to the helipad after the meeting, which included the Resolute Support Commander. Saturday's parliamentary elections were discussed during the meeting held between the officials.

Colonel Dave Butler, the spokesperson for US Forces-Afghanistan tweeted that the attacker had been killed in the "Afghan-on-Afghan" incident. "This was an Afghan-on-Afghan incident. Three Americans were wounded, have been medically evacuated and are stable. General Miller is uninjured. We are being told the area is secure. The attacker is dead."

He has since updated his statement to claim that one US service member, one US civilian and one non-American coalition contractor were wounded in the incident, while the Resolute Support Commander Gen Scott Miller escaped unscathed.

In the wake of the attack, Indian Prime Minister Narendra Modi extended condolences and condemned the terrorist attack.

"Deeply shocked and saddened by the dastardly terrorist attack in Kandahar. India condemns it most strongly and mourns with our Afghan brethren the loss of life, including that of Kandahar's senior leadership. We stand in solidarity with the brave people of Afghanistan in fighting terrorism imposed on them," he tweeted.

The attack comes ahead of the Afghanistan parliamentary elections, slated to be held on Saturday.