US expresses concern over attack on WION's Pakistan bureau chief 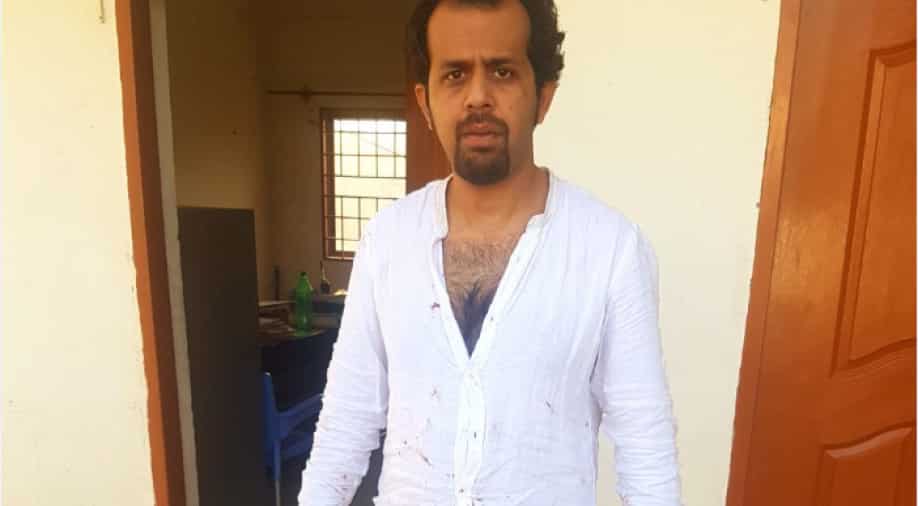 Siddiqui was in Islamabad on his way to the airport when a group of men stopped his car on the highway, beat him, and threatened him. Photograph:( WION Web Team )

The US on Thursday expressed concern over the brutal attack on Pakistani journalist Taha Siddiqui.

"We are always very concerned over any reports of violence against journalists, in Pakistan and around the world. We will continue to monitor developments," a State Department spokesperson said responding to a question on the attack on Siddiqui.

"The United States values freedom of expression as a key component of democratic governance. An active civil society and tolerance of dissenting views are vital components of any democracy," the spokesperson said as several media watchdogs came out in condemnation of the attack on Siddique.

Siddiqui, the Pakistani bureau chief for the New Delhi- based television channel WION, was in Islamabad on his way to the airport when a group of men stopped his car on the highway, beat him, and threatened him.

The men then attempted to abduct the journalist, according to Siddiqui.

He said he believed his attackers knew that he was on his way to the airport, and had orchestrated this assault because they knew it would take longer for people to realise he was missing as he was supposed to be in transit.

"This brazen attempt to abduct journalist Taha Siddiqui on a busy highway in broad daylight suggests the perpetrators have no fear of facing any consequences," said Steven Butler, Asia programme coordinator of the Committee to Protect Journalists.

"Pakistani authorities must end these lawless attacks against journalists and freedom of expression," Butler said as CPJ urged Pakistan to investigate the attempted abduction Siddiqui and prosecute the perpetrators.

"This kidnap attempt is extremely worrying in a country where the lack of security for journalists and impunity for crimes of violence against them is a structural problem," said Daniel Bastard, the Asia-Pacific head of Reporters Without Borders (RSF).

"Although Siddiqui has been harassed and threatened for months, he is a courageous journalist whose investigative reporting has never hesitated to implicate the military when appropriate, although criticising the armed forces is very dangerous for journalists in Pakistan. We urge the authorities to make every effort to guarantee his safety," he said.