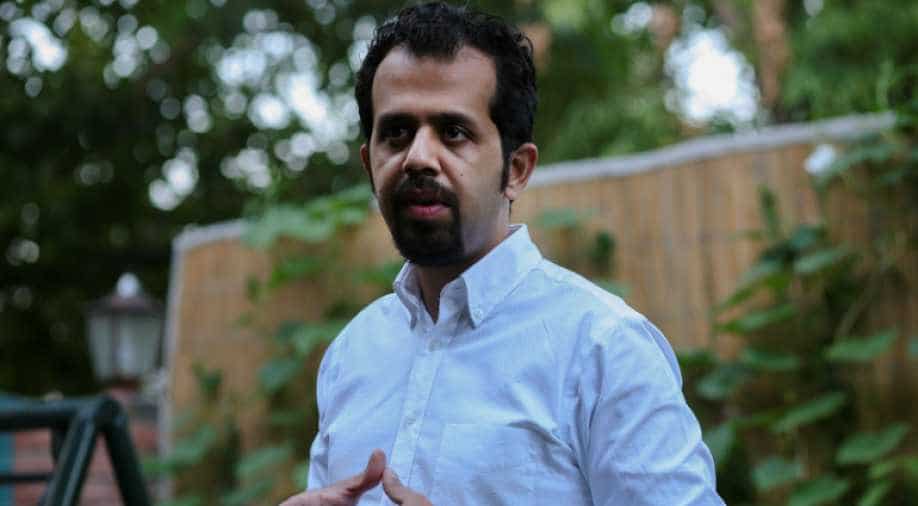 WION's Pakistan bureau chief narrowly escaped an abduction attempt on him this morning in Islamabad, Pakistan.

Taha Siddiqui had been on his way to the Islamabad airport in a cab early Wednesday morning -- he was going on leave for three days -- when another car overtook him and blocked his path.

Speaking to WION in Delhi, Taha said 10 to 12 yanked open the rear left door -- he was sitting in the back -- and pulled him out.

"Saale ko goli maaro,' the men, who Taha said were armed with Kalashnikovs and pistols, shouted.

They then hit him and threw him back in the cab. Taha said the right rear door was open, through which he got out.

He ran across the incoming traffic, got to another cab, and managed to make his getaway.

Taha then made his way to the police.

At the police station, Taha filed an FIR. After which he was taken to hospital.

Reuters reported Taha as saying in the statement he made to police that he had appealed for help from a passing military vehicle during the abduction attempt on him.

"I saw a military vehicle and shouted for help but one of the abductors gestured (to the vehicle) to move on and they did," Reuters reported Taha as saying in his statement.

"My life is under threat," Taha said in his statement. He has also asked for police protection for his family.

Taha told WION his attackers managed to make away with his passport, laptop, and phone.

Pakistani journalist Taha Siddiqui describes the moment armed men tried to abduct him. Their car stopped in front of his - and they confronted him. He escaped by running through traffic and hiding in a ditch. He has been a vocal critic of the security establishment... pic.twitter.com/9B5MCtPnTJ

Taha has been critical of Pakistan's military establishment.

The Pakistani military has so far denied playing a role in any enforced disappearances, as has the civilian government. Militants have also targeted journalists in the past.

Last year, five Pakistani bloggers went missing for several weeks before four of them were released. All four fled abroad and two afterwards told media that they were tortured by a state intelligence agency during their disappearance.

Taha had also been critical of the heckling by the Islamabad press corps of Kulbhushan Jadhav's wife and mother when they had gone to meet him in Pakistan on Christmas day last year.

"Somedays we do a story tht disgusts us. Today was one such day," he had tweeted then.

Somedays we do a story tht disgusts us. Today was one such day. But it wasnt cuz of what I covered. Rather it was cuz of how my fellow journos behaved with mother & wife of #KulbushanJadhav whn they left FO building. They shouted taunts. It was very shameful

That tweet had been reposted a number of times.