Two journalists working for the UN have been freed by Taliban 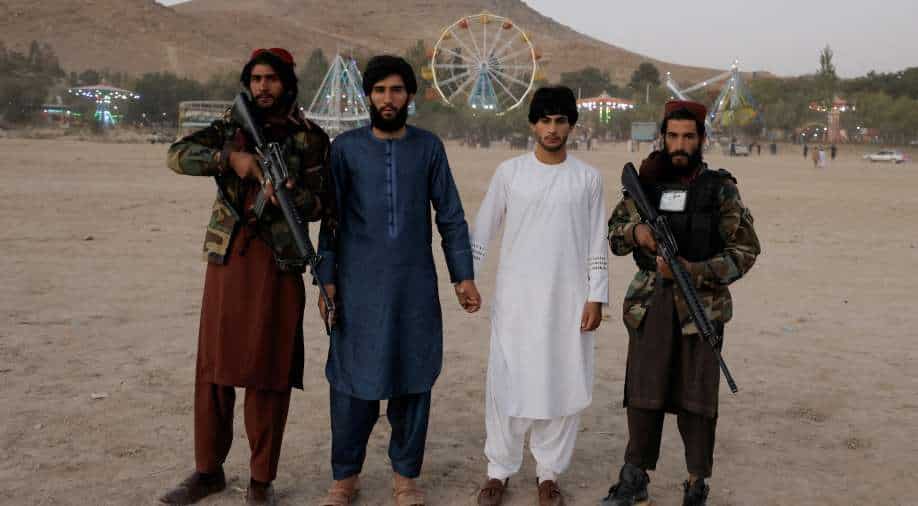 FILE PHOTO: Park visitors pose with Taliban fighters from Wardak province during their first visit to Kabul as they take a day off to visit the amusement park at Kabul's Qargha reservoir, at the outskirts of Kabul, Afghanistan October 8, 2021 Photograph:( Reuters )

The UN refugee agency has claimed that two detained journalists in Afghanistan who had been working with the UN have been released.

"We are relieved to confirm the release in Kabul of the two journalists on assignment with UNHCR, and the Afghan nationals working with them," the agency said in a statement.

We are relieved to confirm the release in Kabul of the two journalists on assignment with UNHCR, and the Afghan nationals working with them.

We are grateful to all who expressed concern and offered help.

We remain committed to the people of Afghanistan.

It further added, "We are grateful to all who expressed concern and offered help. We remain committed to the people of Afghanistan."

Several UN agencies employ journalists to report on their work all around the globe.

The Committee to protect journalists had earlier identified one of the missing journalists as former BBC journalist Andrew North.

Steve Butler, the Committee to protect journalists Asia program coordinator, in a statement said, "The Taliban’s detention of two journalists on assignment with the UN refugee agency is a sad reflection of the overall decline of press freedom and increasing attacks on journalists under Taliban rule."

Ever since the Taliban took over Afghanistan, the situation of journalist have not been so good. There have been protests in the Afghan country and many journalists have also been detained.

In December, a survey revealed a drastic change in the Afghan media landscape. Carried out by non-profit organisation Reporters Without Borders (RSF) and the Afghan Independent Journalists Association (AIJA), the survey highlighted that 231 media outlets have been shut and over 6,400 journalists have lost their jobs since the Taliban takeover.

Four out of five women journalists are no longer working.