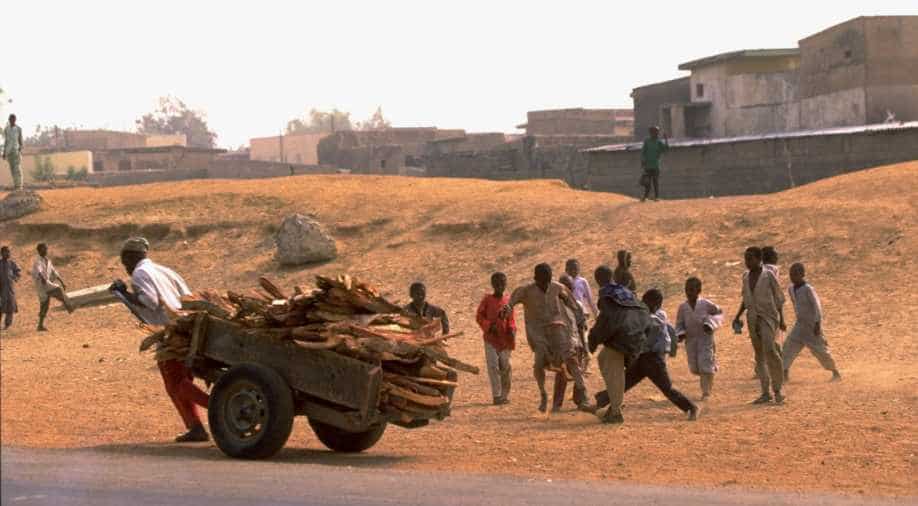 The family members of S Srinivas approached the local authorities in the southern Indian state of Andhra Pradesh state after he and his colleague, Anish Sharma, went missing. Photograph:(Getty)
Follow Us
The family of an Indian national kidnapped in Nigeria by suspected militants on Thursday appealed to the government to step in and secure his release.

The family members of S Srinivas approached the local authorities in the southern state of Andhra Pradesh state after he and his colleague, Anish Sharma went missing while going to work on Wednesday.

Both of them work with a cement company and were going to the company's plant in Gboko town in Benue state in north central Nigeria in their car, when a group of armed men kidnapped them.

"On Wednesday morning around 8'o clock my husband was kidnapped. He works with Dangote. The head of the company informed me about his abduction this morning," said Srinivas's wife, Lalita Merena in Visakhapatnam town.

She filed a police complaint in Visakhapatnam about her husband's abduction.

"I have filed a written complaint with the office of the police commissioner and even at the collector's office. Let's see what the government does," Merena added.

Srinivas has been working as a civil engineer at the cement plant for the last three years.

The local media quoted district authorities as saying that Nigerian authorities had launched an operation to find the two Indians and were in touch with the foreign ministry and as well as Indian embassy.