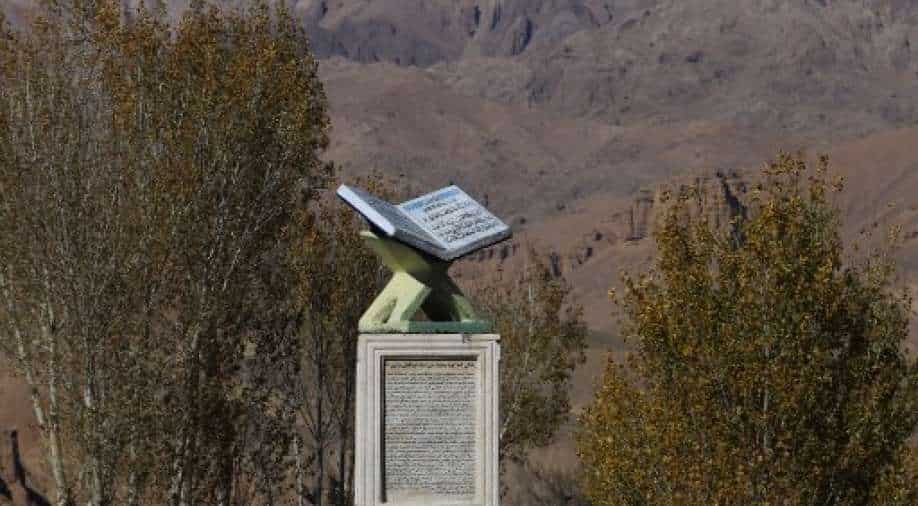 Taliban have replaced the statue of a Hazara leader, Abdul Ali Mazari, with the replica of the Koran Photograph:( AFP )

In what comes as a move that could trigger violence, the Taliban have replaced the statue of a Hazara leader, Abdul Ali Mazari, with the replica of the Koran. Mazari was declared a national martyr by the former government as he was killed while he was a prisoner of the Taliban regime.

"Yesterday, they completely removed the statue and replaced it with a replica of the Koran," said Abdul Danishyar, a civil society activist in Bamiyan.

While speaking to AFP, he said, "They are trying to wipe out the history from Bamiyan, the people are going to react violently to this."

The statue which stood in Bamiyan's central square was decapitated by a rocket-propelled grenade soon after the Taliban returned to power in August. Earlier, the Taliban had blown two massive 1,500-year-old statues of Buddha in 2001.

Also, the square, which was named after Mazari, has been renamed "military street," Danishyar revealed.

Ever since the Taliban took control of Afghanistan, the situation has not been so good. The country has been struggling to battle poverty.  Amid concerns of rising poverty and starvation, various aid agencies distributed food, blankets and cash to nearly 130 displaced families in Kabul.

UNHCR spokesperson Babar Baloch said that around 9 million Afghans are "just one step away from starvation." He further added that 700,000 people, mostly women and children, have been displaced this year alone.