'Tough conditions for Rohingya refugees in Bangladesh': US official 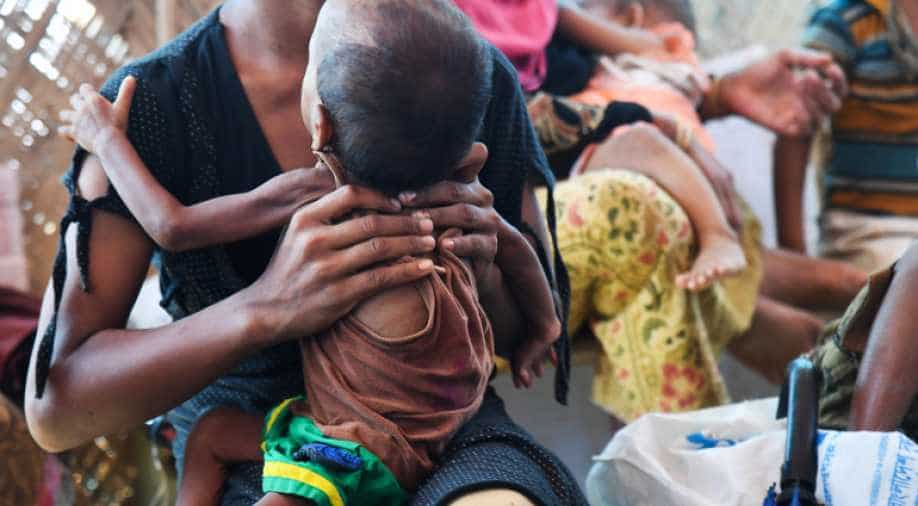 'The conditions are tough. People are suffering. Many refugees told us, through tears, accounts of seeing their villages burned, their relatives killed in front of them,' said Simon Henshaw. Photograph:( AFP )

The scale of Rohingya refugees in Bangladesh is "immense" and while the host nation has been "generous" in its efforts, the situation requires a lot more work, a top US official who recently visited Bangladesh has said.

"What we saw in the camps was shocking. The scale of the refugee crisis is immense," Simon Henshaw, the Acting Assistant Secretary of State for Population, Refugees, and Migration told reporters at a news conference yesterday.

Henshaw led a US delegation to Bangladesh, from October 29 to November 4, during which the team also visited the refugee camps near Cox's Bazar.

"The conditions are tough. People are suffering. Many refugees told us, through tears, accounts of seeing their villages burned, their relatives killed in front of them," said Henshaw.

"It was tough to take. Some recall being shot as they fled," he said.

Despite the trauma, many expressed a strong desire to return to their homes in Burma, provided their safety, security, and rights could be guaranteed, Henshaw said.

Responding to a question, Henshaw said he saw evidence of atrocities during the visit to these camps.

"I'm not an expert, but what I saw was shocking. I saw evidence of atrocities," he said.

Asked if the atrocities rose up to the level of ethnic cleansing, Henshaw was non-committal, saying the State Department would review his reports and that of the others to make any such determination.

Despite the conditions in the relief camps, Henshaw praised Bangladesh's government, its people, and other organisations that are supporting the refugees.

"However, more is needed. The US remains committed to addressing the needs of those impacted by the crisis, and calls on others, including in the region, to join us in our response," Henshaw said.

According to Henshaw, the Burmese government "appears to be committed" to start a repatriation programme which is in its early stages.

"It's very important to us that the programme not only creates safe conditions so that refugees will want to return voluntarily, but also assure that refugees go back to their villages and land, that their houses be restored in the areas where the villages were burned, and that political reconciliation take place," he said.

State Department Spokesperson Heather Nauert, who accompanied Henshaw during the visit to Bangladesh, applauded the government of Bangladesh for taking "an extraordinary step to open its heart and doors" for their neighbors in distress.

"They've opened their hearts; they've opened their wallets. Imagine more than 600,000 to cross their borders, putting them in camps. It's not where these people want to be of course in their camps; they'd rather be home. But at least they're safe for now," she said.

More than 600,000 people from the Muslim minority group have fled violence in Myanmar's northern Rakhine state since August, according to UN estimates.