Taliban attacked a military base in Afghanistan, killing three 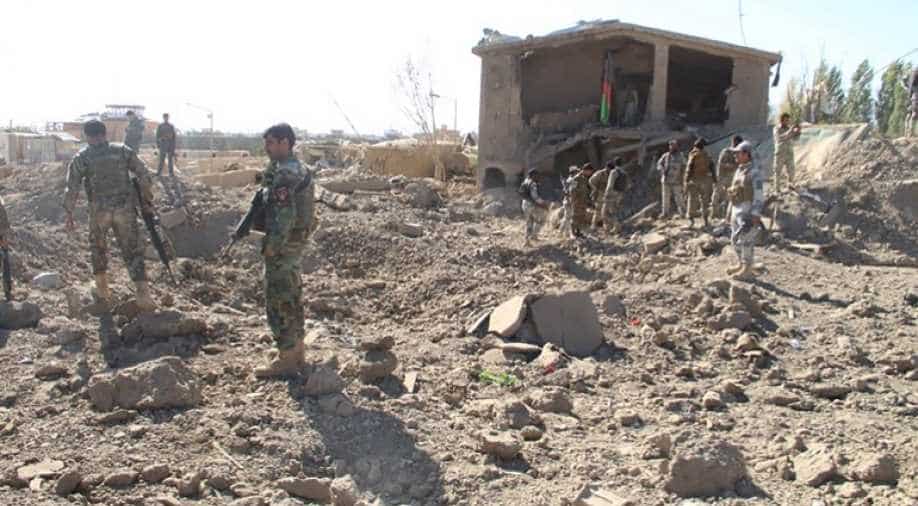 Taliban insurgents launched a complex attack on Tuesday morning against a military base in eastern Afghanistan, killing at least three public protection forces, an official said.

Five other forces were wounded in the attack, said Abdul Rahman Mangal, a spokesman for the governor in Paktia province.

A suicide car bomber targeted the entrance gate of the base in the provincial capital Gardez then two gunmen started shooting at the Afghan security forces, Mangal said.

Security forces killed both attackers in a gunbattle lasting almost 10 minutes and the area is now under control, he added.

A Taliban spokesman, Zabihullah Mujahid, said the group claimed responsibility for the attack in Gardez.

The attack comes after Afghanistan's president appointed 46 members to a council for national reconciliation, which will have final say on whether the government will sign a peace deal with the Taliban after what are expected to be protracted and uncertain negotiations with the insurgents.

The negotiations were envisaged under a US-Taliban peace agreement signed in February as intra-Afghan talks to decide the country's future. A series of delays have hampered the start of the negotiations, which some had expected to begin late last month.

There are also other obstacles in the way of the negotiations. The Afghan government has reversed a decision to release the last 320 Taliban prisoners it is holding until the insurgents free more captured soldiers.

The US-Taliban deal called on the Taliban to free 1,000 government and military personnel they hold captive while the government was to free 5,000 Taliban prisoners, in an exchange meant as a goodwill gesture ahead of the intra-Afghan negotiations.