Stuck in Nepal, Chinese nationals protest outside embassy in Kathmandu 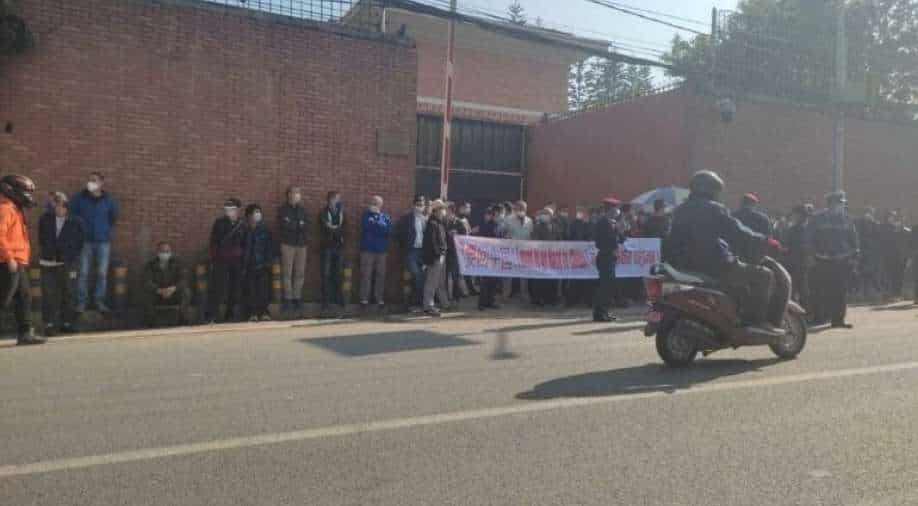 Chinese nationals, who are stuck in Nepal, protest outside their embassy in Kathmandu (representative image). Photograph:( Others )

Around 20 Chinese nationals, who are stuck in Nepal, staged a protest outside the embassy of their country in Kathmandu last week, calling for early repatriation to the home country.

The Chinese nationals are stuck in the country since February 2020 due to outbreak of Covid crisis. China had back then imposed unilateral restrictions on air travel from other countries, which have not been lifted so far.

Lack of guidelines on air travel to China have increased the problems faced by the citizens of the country. This is happening as they don't have any employment options. According to reports, around 2,000 Chinese nationals seem to be stuck in Himalayan country.

This trend is being seen globally for Chinese nationals. In a striking contrast, neighbouring India had launched the largest mission to repatriate Indian nationals, the Vande Bharat Mission, to bring back its nationals due to Covid crisis and cancellation of air travel. As on October 31, 2021, more than 2,17,000 flights have been operated under Vande Bharat Mission and over 1.83 crore passengers have been facilitated.

It is interesting to note that China has been sending its planes around the globe to export countless PPE kits, medicines and experts but not many attempts were seen to ferry home its own citizens.

A PLA aircraft had visited Nepal to deliver medical supplies but failed to carry back the stranded Chinese citizens back to its country. Similar holds true for neighbouring Pakistan, which relied on the largesse of developed countries to bring back some of its citizens.