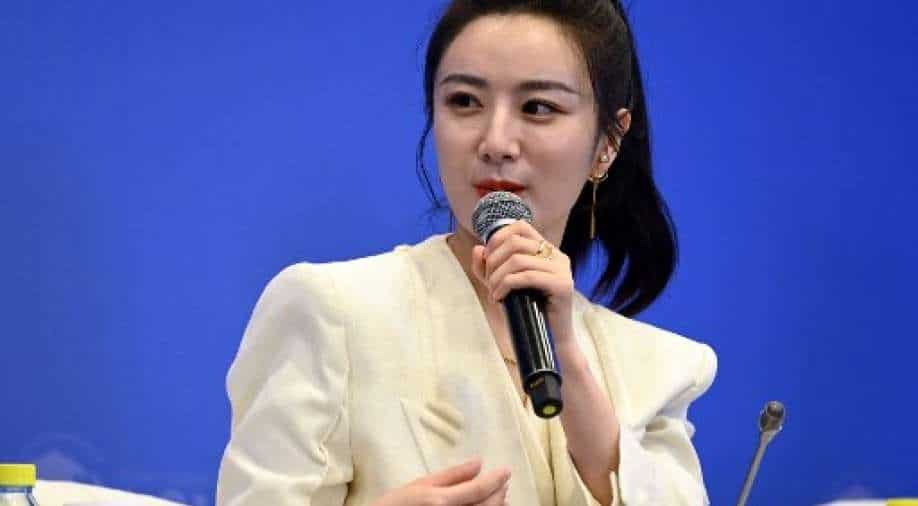 36-year-Huang Wei, also known as Viya old had over 80 million followers on Taobao and 18 million on Weibo Photograph:( AFP )

Viya is one of the biggest stars on Alibaba's digital clothing marketplace Taobao, where influencers try to sell items to viewers on live streams

A famous Chinese online influencer was slapped with a $210 million fine for alleged tax evasion, according to Chinese authorities.

Huang Wei, also known as Viya, is an internet celebrity with millions of followers. She has used her platform to sell a variety of products.

Viya is one of the biggest stars on Alibaba's digital clothing marketplace Taobao, where influencers try to sell items to viewers on live streams, according to Bloomberg.

The 36-year-old had over 80 million followers on Taobao and 18 million on Weibo, the microblogging platform, according to the Daily Mail.

This is the second tax evasion penalty slapped on e-commerce livestreamers since November.

On Monday, the State Taxation Administration in a statement on its website said that Viya evaded or underpaid 703 million yuan ($110 million) in taxes.

The livestreamer is accused of evading taxes from 2019 to 2020 by concealing her personal income and falsely declaring some income sources, the press release said.

“I thoroughly accept the punishment made by the tax authorities,” the post said.

According to AFP, Viya's accounts vanished from major online platforms on Tuesday, with her livestreaming page on Taobao shopping site rendered inaccessible.

The state-backed Global Times newspaper says that her penalty serves as a “warning to others”.

China has been clamping down on online bloggers– who have grown in popularity since the pandemic started, according to reports.

The livestreaming e-commerce market has seen explosive growth in China, with the consulting firm KPMG estimating that the market could be valued at approximately 1 trillion yuan last year, or $156 billion, according to the South China Morning Post.

Previously in November, two influential livestreamers Zhu Chenhui, widely known as Xueli Cherie and Lin Shanshan, were fined 93.2 million yuan ($14.6 million) for tax evasion. Both of their Taobao e-shops were shut down afterwards.