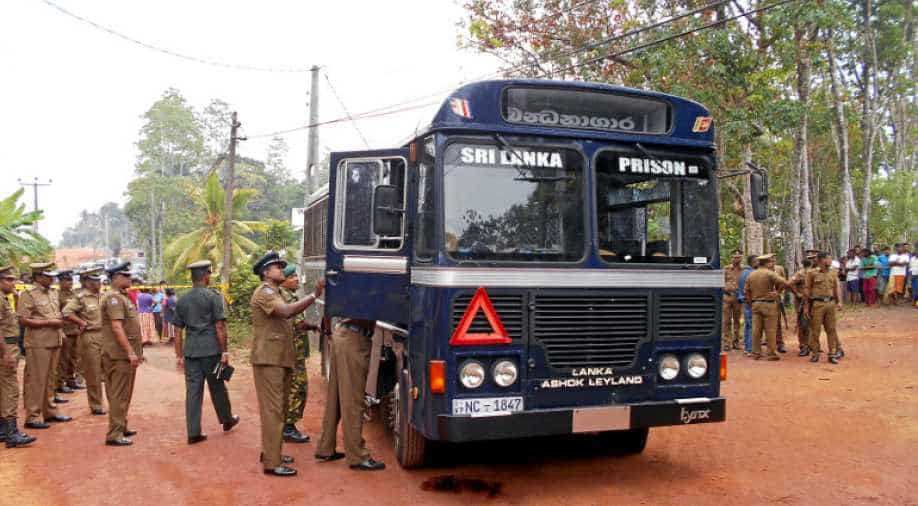 Sri Lanka must investigate and prosecute those involved as well as those implicated in past wartime atrocities, the United Nations said on Friday. Photograph:( Reuters )

Sri Lankan security and police forces are reportedly still committing rape and torture, and the country must investigate and prosecute those involved as well as those implicated in past wartime atrocities, the United Nations said on Friday.

The U.N. and rights activists have accused the Sri Lankan military of killing thousands of civilians, mostly Tamils, in the last weeks of a 26-year civil war with Tamil separatists that ended in 2009 and have demanded redress.

In its latest report, the UN said Colombo must set a clear timeline for prosecuting crimes by all sides during the civil war, adding that offences are still being brought to the authorities.

"Cases of excessive use of force, torture, arbitrary arrests and failure to respect due process during arrests by the police also continue to be reported," it added.

The lack of accountability risks derailing the momentum towards lasting peace, said the report by the office of UN High Commissioner for Human Rights Zeid Ra'ad al-Hussein

The lack of accountability risks derailing the momentum towards lasting peace, said the report by the office of U.N. High Commissioner for Human Rights Zeid Ra'ad al-Hussein.

"I urge the government and people of Sri Lanka to prioritise justice alongside reconciliation to ensure that the horrors of the past are firmly dealt with, never to recur," Zeid said.

"The authorities at all levels, from the head of State to military, police, intelligence and local-level leaders, need to publicly issue unequivocal instructions to all branches of the military, intelligence and police forces that torture, sexual violence and other human rights violations are unequivocally prohibited and will be punished," Zeid said.

"OHCHR received credible information from a well-known human rights organisation according to which 'white van' abductions, and torture and sexual violence, by the Sri Lankan security forces persisted. These allegations must be properly investigated," the report said.

The U.N. and activists have also demanded that Sri Lanka include foreign judges in a credible inquiry, which President Maithripala Sirisena has opposed.

A task force appointed by Prime Minister Ranil Wickremesinghe, however, said in January the country should bring in international prosecutors and judges.[nL4N1EV4A4]

He said he expected draft legislation on a truth-seeking commission to be presented to the cabinet "within the next two months."