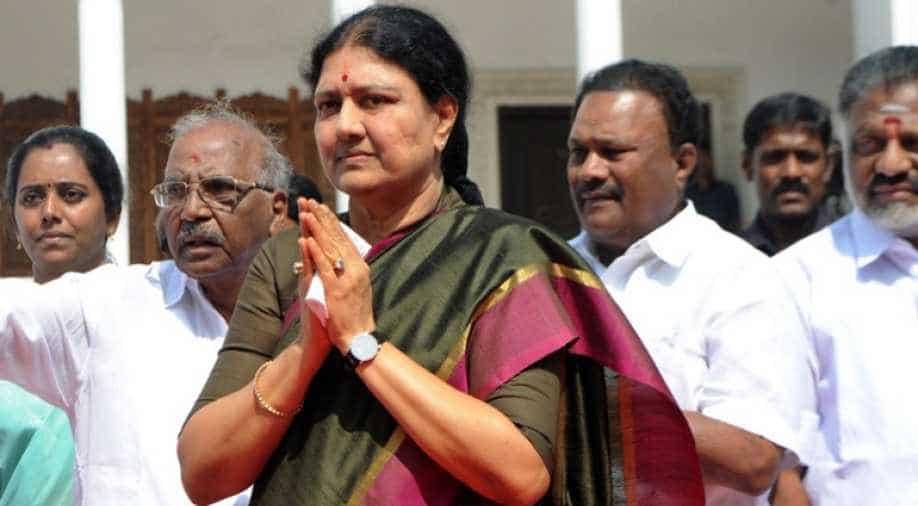 The Karnataka government's advocate alleged that Sasikala and her two relatives had acted in together to amass huge wealth of Rs 53.60 crore disproportionate to their known sources of income. Photograph:( AFP )

The developments comes a day after Sasikala was elected as the All India Anna Dravida Munnetra Kazhagam (AIADMK) Party leader, paying way to become the chief minister.

The Supreme Court will give the verdict on various appeals including the one filed by Karnataka against the acquittal of Jayalalithaa and others in a disproportionate assets case.

The Karnataka government will be arguing the case, as the case had been shifted from Tamil Nadu. A Bangalore court had convicted both the accused.

Jayalalithaa was chief minister from June 24, 1991, to May 13, 1996. Dave alleged that Sasikala and her two relatives had acted in together to amass huge wealth of Rs 53.60 crore disproportionate to their known sources of income.

The Karnataka HC had on May 11, 2015 ruled that AIADMK supremo's conviction by special court suffered from infirmity and was not sustainable in law, clearing decks for her return as Tamil Nadu Chief Minister.

Karnataka government, in its plea against May 11 order, claimed that HC had erred in computing disproportionate assets of the AIADMK leader. The Karnataka government also asked whether the high court had "erred in law" by according benefit of the doubt to Jayalalithaa in pursuance of a Supreme Court judgement holding that accused can be acquitted if his or her disproportionate assets were to the extent of ten per cent.

The state government had also claimed that the high court has erred in overruling preliminary objections raised by it and added that the accused had filed their appeals against conviction without impleading Karnataka as a party. The special court had in 2014 held Jayalalithaa guilty of corruption and sentenced her to four years imprisonment and imposed a fine of Rs 100 crore.