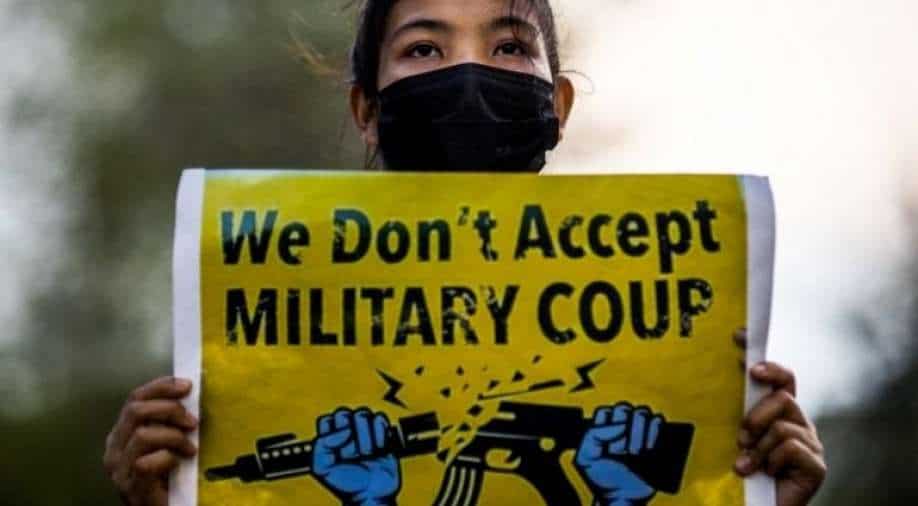 The junta has insisted schools open on Tuesday after a year's absence due to Covid, but many educators had already decided they could not return to a job they love

Schools in Myanmar will open on Tuesday for the first time since the military seized power, but teachers and students are set to defy the junta's calls for full classrooms in a show of resistance.

Four months of national turmoil have followed the February ouster of civilian leader Aung San Suu Kyi, with more than 800 people killed by security forces and a nationwide strike crippling the economy.

Public school teachers, dressed in the green and white uniforms mandated by the education ministry, were prominent in the early mass protests, joining railway workers, doctors and civil servants on the streets.

The junta has insisted schools open on Tuesday after a year's absence due to Covid, but many educators had already decided they could not return to a job they love.

"I'm not afraid of their arrest and torture," Shwe Nadi, a teacher from the commercial capital Yangon told AFP. Her name has been changed for her safety.

"I'm afraid of becoming a teacher who teaches the students propaganda."

The 28-year-old was fired for supporting the civil disobedience movement, one of the thousands of teachers and academics the junta has sacked.

"Of course, I feel bad losing my job because I loved being a teacher. Although it is not well paid, we have our pride for being teachers as others respect us," she said.

Nu May, not her real name, in southern Mon state will also stay away, she told AFP.

The primary school teacher lost months of her salary after joining the nationwide boycott, but said "my soul is pure" because she participated in the strike.

"When I see how they have killed a lot of people, I feel I don't want to be their teacher any more," she added.

Some of those killed in the junta's crackdown were of primary school age, and charity group Save the Children said the dead include 15 children under the age of 16.

Junta-run media has in recent days carried pictures of functionaries watching school registrations and promising that parents will be 'satisfied' with the return of classes.

Students at a school near the capital Naypyidaw opened a setpiece ceremony to mark the new term by performing a "National Enrolment Week" song in front of the regime's education minister, according to the Global New Light of Myanmar state newspaper.

But at one high school in central Sagaing region, a slogan daubed in red paint across the front of the building urges staff members to stay away.

Many students back then were killed, jailed or expelled, and universities were shuttered for several years.

Some university classes are already back in session, but boycotts have seen widespread absences on both sides of the teaching lectern.

"Not one of my friends is going," said an English major at a university in Mawlamyine, a city that saw brutal crackdowns by security forces against protesters.

Her class of 100 is now empty, despite students being summoned by the few remaining professors on campus.

Protesters have discouraged parents and teachers from sending children to schools that still have teachers willing to work, saying it amounted to backing the military regime.

"Do not be sad when you cannot enrol your child at school when some parents have no children to enrol," read a banner in Bago region, south of the capital.

Teacher Shwe Nadi said she will remain committed to the civil disobedience movement, despite fears of being detained or worse.

"I won't run because I have not committed any crimes," she said.

"If they want to arrest me, I am prepared."