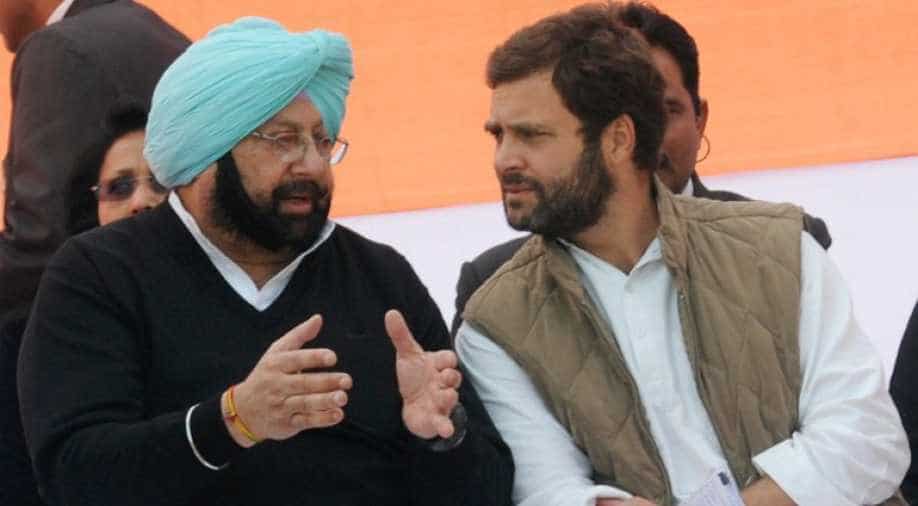 "Amarinder Singh has given his blood and sweat for Punjab. He has worked day and night for the development of Punjab. He has always worked for the Punjabi and Sardar community. He is going to be our chief minister," Rahul said.

He also attacked the ruling Shiromani Akali Dal (SAD) and said the state was under the monopoly of the Badal family. He accused the Badals of accusing them of "plunder, corruption" and "exodus" of the industries to other states.

74-year-old Amarinder, who is fighting his last election, will be the next Chief Minister (CM), if the party forms government in Punjab. Captain Amarinder Singh is all set to fight the assembly elections against the SAD chief and Punjab Chief Minister Parkash Singh Badal from Lambi.

Rahul Gandhi said Punjab will not be run by "remote control", taking a veiled dig at AAP chief and Delhi CM Arvind Kejriwal, accusing him of wanting to become the chief minister of Delhi and Punjab at the same time.

The Congress vice-president has also said that if his party comes to power, the government will bring a law to deal with the drug menace in the state.

"I just want to say a few things, we (Congress) will form such laws and a government against drugs in Punjab, that will make everyone shiver at the first thought of drugs," he said.

Punjab goes to polls for 117 seats in a single-phase on February 4. Counting will be held on March 1.

Meanwhile, Prime Minister Narendra Modi also lead the election campaign of the Akali-BJP coalition in Punjab today. He addressed a rally in the city of Jalandhar and was accompanied by CM Parkash Singh Badal. Badal slammed the Congress for its "divide and rule" strategy for the upcoming elections. Modi praised the Badals for their governance and said the people of Punjab wanted them back in power.