Protests erupt in PoK against construction of dams by China 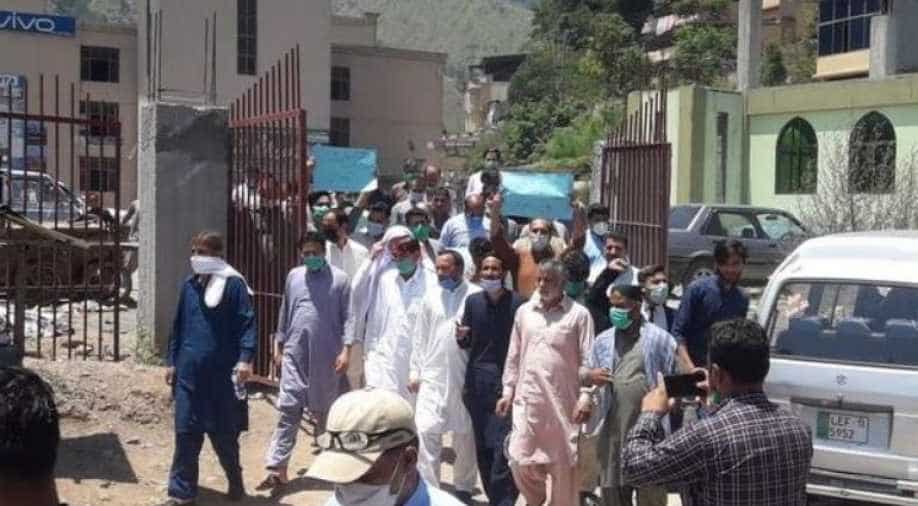 Protests in PoK against construction of dams by China Photograph:( ANI )

A massive torch rally was held in Muzaffarabad city of Pakistan-occupied Kashmir (PoK) on Wednesday night to oppose the mega-dams to be constructed by Chinese firms on Neelum-Jhelum River.

The protestors from ``Darya Bachao, Muzaffarabad Bachao" (Save River, Save Muzaffarabad) Committee chanted slogans like "let the Neelum and Jhelum rivers flow, let us live.''

The USD 1.54 billion project will be sponsored by the China Gezhouba Group Company (CGGC).The Kohala Hydroelectric Power Project which will be built on Jhelum River is roughly 7 km upstream of Azad Pattan Bridge in Sudhanoti district of PoK and 90 km from Islamabad, the capital city of Pakistan.

The project, expected to be completed by 2026, will be sponsored by China Three Gorges Corporation, International Finance Corporation (IFC) and Silk Road Fund.

What really irks locals is the high Chinese presence in the area, massive construction of dams, and river diversions threatening their very existence.

Dr Amjad Ayub Mirza, a political activist from PoK, told ANI, "Such protests in PoK are continuing for a long time, but their voice is not heard. China`s Three Gorges Corporation is constructing these billion dollars projects like Kohala Hydropower Project and Neelum-Jhelum Hydropower project and they have changed the course of the rivers. This has caused a severe rise in temperature in Muzaffarabad."

He added, "Once roaring Neelum River now gives the looks of a small rivulet. It has severely affected the local residents as they even do not have drinking water. The river is flooded with sewage."

"China is investing huge money in the region and who will repay it?" Dr Mirza questioned while adding that poor people of PoK will suffer the most by repaying these debts.Pakistan and China are jointly plundering the natural resources of PoK and Gilgit Baltistan in the wake of CPEC. The resentment in the occupied territories is high against Pakistan and China.