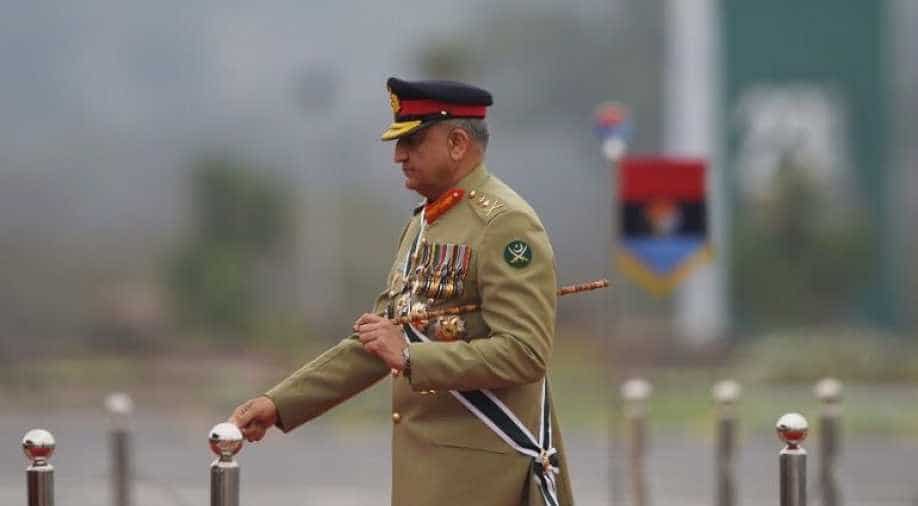 The two countries are traditionally close and Saudi Arabia in 2018 gave Pakistan a $3 billion loan and $3.2 billion oil credit facility to help its balance of payments crisis.

With an aim to to calm diplomatic strains over Kashmir issue Pakistan’s army chief will visit Saudi Arabia this weekend.

Pakistan foreign minister Shah Mehmood Qureshi's remarks against the Organisation of Islamic Conference led by Saudi Arabia for its inaction on the Kashmir issue has strained the relations between the two countries.

The two countries are traditionally close and Saudi Arabia in 2018 gave Pakistan a $3 billion loan and $3.2 billion oil credit facility to help its balance of payments crisis.

“Yes he is travelling,” Pakistan army spokesman Major General Babar Iftikhar told Reuters, though the official line was that the visit was pre-planned and “primarily military affairs oriented.”

India and Pakistan have fought three wars over the divided Himalayan region of Kashmir, which both claim in full.

Pakistan has long pressed the Saudi-led Organization of Islamic Countries (OIC) to convene a high-level meeting to highlight alleged Indian violations in the part it controls.

But the OIC has only held low-level meetings so far.

“If you cannot convene it, then I’ll be compelled to ask Prime Minister Imran Khan to call a meeting of the Islamic countries that are ready to stand with us on the issue of Kashmir and support the oppressed Kashmiris,” Pakistan’s Foreign Minister Shah Mahmood Qureshi told local media last week.