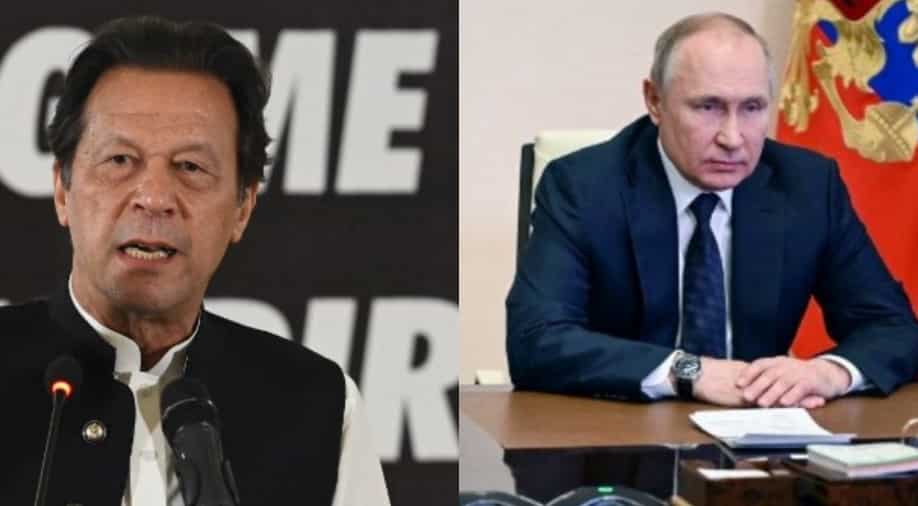 As per Refinitiv estimates, oil imports for the South Asian could increase to nearly 700,000 tonnes this month from 630,000 in May

Imran Khan, the former prime minister of Pakistan, stated that Pakistan’s future is tied to Russia. Amid economic crisis, Pakistan is considering trading with Russia while the West has set out to punish the Russian President Vladimir Putin for the Ukraine war by imposing sanctions on Russian businesses and billionaires to blacklist. In an interview with German broadcaster Deutsche Welle (DW), the struggling PTI leader said it was good to take a moral stance on the international stage but this shouldn’t come at the expense of its citizens.

In a conversation with DW, Khan said that he’s intended to protect the citizen’s interest and might also help the country to gain gas, oil and wheat from Russia. He said, “When you start condemning people you are taking sides.” He further added that choosing a moral stance is good but one should be powerful enough to take sides when your country is at risk, reported by ANI.

Khan revealed the specifics of his journey to Moscow, where he arrived a day before the Russia-Ukraine conflict started. The former minster, “When I arrived in Moscow, the meeting was the next morning. When we woke up in the morning that`s when the invasion took place. ... Hardly did I know this would happen. Had I known, I certainly wouldn`t have taken the trip.”

According to Geo News, Pakistan’s Energy Ministry requested industrial specialists to submit analyses on importing oil form Russian to obtain the commodities at a lower rate. In June, Pakistan’s monthly imports of fuel oil are anticipated to reach a four-year high.

As per Refinitiv estimates, oil imports for the South Asian could increase to nearly 700,000 tonnes this month from 630,000 in May.