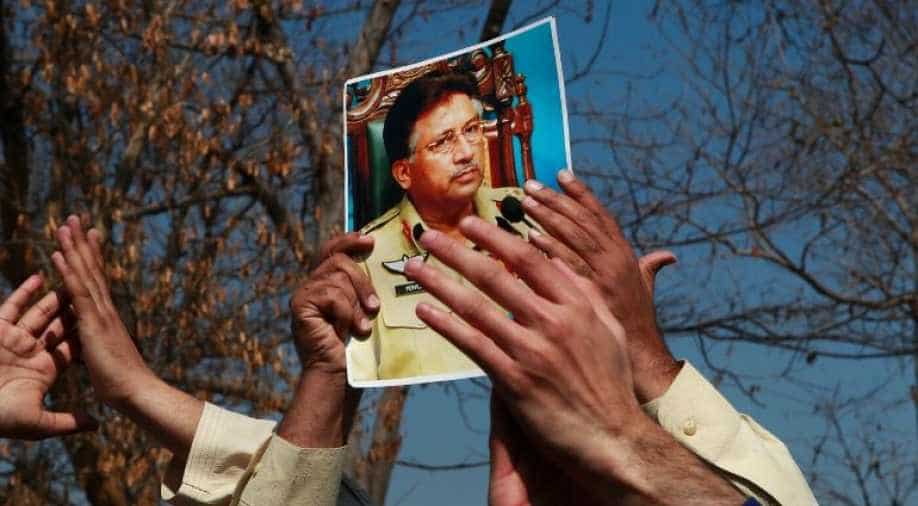 In a video released in the later hours of Wednesday, Musharraf, speaking from his hospital bed in Dubai, announced that the allegations against him were politically motivated.

In a video released in the later hours of Wednesday, Musharraf, speaking from his hospital bed in Dubai, announced that the allegations against him were politically motivated.

The former President of Pakistan who was tried and sentenced in absentia called the ruling "an unprecedented case in which neither the defendant nor his lawyer was allowed to defend the case."

A three-judge Bench handed out a death sentence to Musharraf for suspending the Constitution and imposing emergency rule in 2007.

Also watch: Musharraf has right to appeal within 30 days, currently in a Dubai hospital

The Pakistan Army received their former leader’s sentence with a “lot of pain and anguish,” saying that Musharraf could never be a traitor.

The Army issued a statement claiming that the decision has been "received with a lot of pain and anguish by rank and file of the Pakistan Armed forces."

"An ex-Army chief, chairman joint chief of staff committee and President of Pakistan, who served the country for over 40 years, fought wars for the defence of the country can surely never be a traitor," the Army said.

The 76-year-old Musharraf seized power in a coup against democratic Prime Minister Nawaz Sharif in 1999 and later ruled as the 10th President of Pakistan.

Musharraf had resigned in 2008 over the threat of impeachment proceedings and had gone into exile in Dubai, however, he returned in 2013 to contest the polls in Pakistan but was barred from leaving the country.

"This case was taken up only due to personal vendetta by some people against me," Musharraf said in the video statement.

He was later permitted to move to Dubai to seek medical assistance in 2016, where he remains till date to seek treatment for amyloidosis and has refused to appear before the court, despite multiple orders.

His political party had earlier said it would challenge the verdict.

This is the first time in Pakistan's history that a former leader of the armed forces has been sentenced to death.