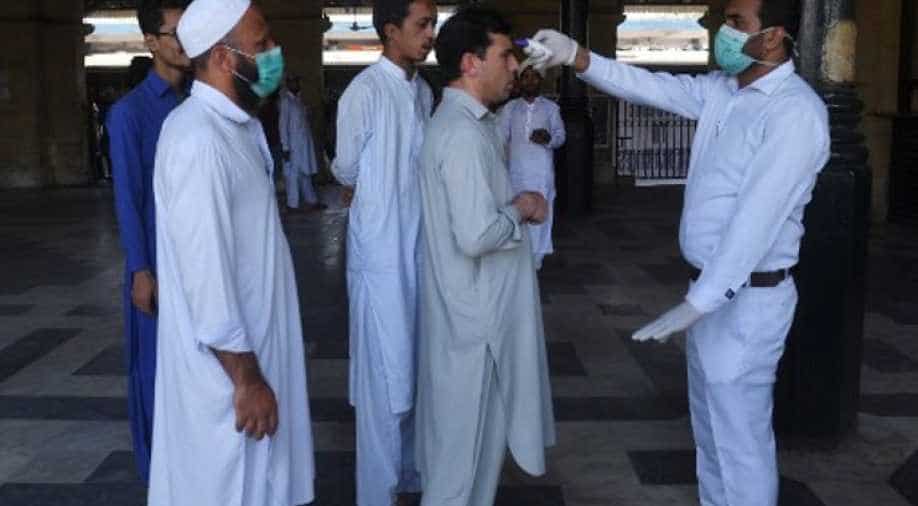 Among the worst-hit regions was Sindh with 421 confirmed cases followed by Punjab with 408 cases.

The number of confirmed coronavirus infection cases in Pakistan has risen to 1222, including ten deaths, local media reported on Friday.

Among the worst-hit regions was Sindh with 440 confirmed cases followed by Punjab with 419 cases.

Pakistan capital Islamabad has 27 declared cases while in Balochistan which shares a border with one of the worst-affected countries Iran, has 131 cases.

On Wednesday, the Pakistan government announced Rs 1.25 trillion packages to keep the economy afloat amid the coronavirus outbreak which has triggered threats of a global recession.

The package will grant relief to SMEs and daily wage workers.

"The federal and provincial governments are working together," Special Assistant to Prime Minister Hafeez Sheikh said, as reported by DAWN.

Over 3 billion people have been asked to stay at home as governments across the world tackle the World Health Organisation recognised 'pandemic'.

The deadly coronavirus has claimed more than 21,000 lives and has infected 471,035 people globally.