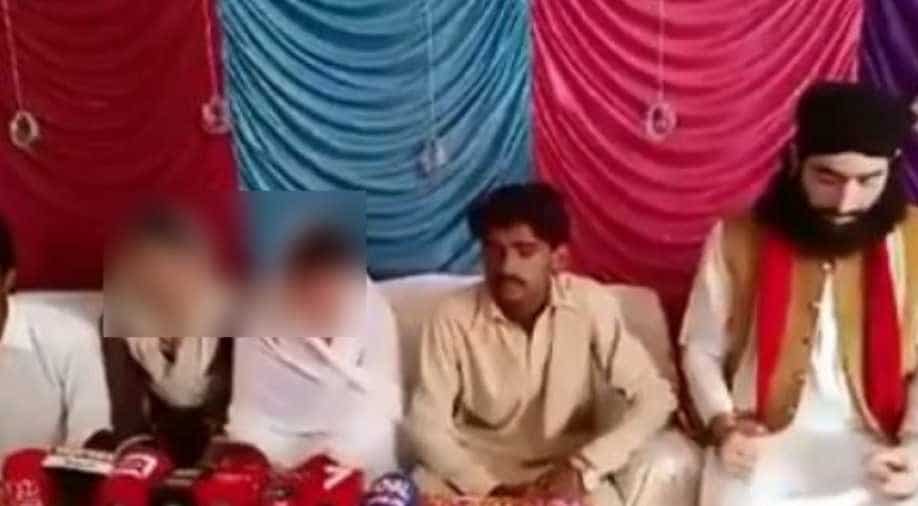 The resolution is expected to be passed formally as law in the next two weeks or so.

The National Assembly of Pakistan on Monday adopted a resolution to prevent forced conversions in the country.

The resolution seeks to criminalise forced conversions and recommends an imprisonment of seven years and a fine of up to one million Pakistan rupees for anyone found indulging in forced conversion.

This resolution has been adopted to deter forced conversions of Christians, Hindus or minorities of any other religion in the country.

Pakistan Prime Minister Imran Khan's ruling Pakistan Tehreek-e-Insaf (PTI) tabled the resolution and passed it without any opposition. Such moves were opposed by the ruling party itself in the past.

The bill seeking enhancement of punishment for those involved in forced conversion and for making child marriage a cognisable offence was first moved in Parliament by Dr Ramesh Kumar Vankwani, from the ruling Pakistan Tehreek-e-Insaf (PTI) in March this year. Besides Dr Vankwani, PTI legislators Lal Malhi and Shunila Ruth, Pakistan Muslim League-Nawaz lawmaker Dr Darshan and Pakistan Peoples Party's Ramesh Lal had signed the resolution.

The five-point resolution calls for immediate passage of the bill against forced conversions, which had been unanimously passed by the Sindh Assembly in 2016 and then reverted due to pressure of extremist elements, from all the legislatures.

Pakistan Muslim League (N) tried to pass a similar resolution in the past and it was vigorously opposed by its allies and the opposition.

The resolution comes against the backdrop of increased pressure from the judiciary and rights groups from the country amid the nationwide outrage over the alleged forced conversion of two teenage girls from the Hindu community.

The Islamabad High Court had come down heavily on the Pakistan authorities in a hearing on the alleged conversion of the two girls in Sindh province in April this year.

Pakistan's independent human rights watchdog had raised concerns about incidents of forced conversions and marriages of Hindu and Christian girls in April, saying around 1,000 such cases were reported just in the southern Sindh province alone last year.

In its annual report, the Human Rights Commission of Pakistan (HRCP) said the government has done little in the past to stop such forced marriages and asked the lawmakers to pass effective legislation to end the practice.

"Around one thousand cases of Hindu and Christian girls were estimated in the province of Sindh alone in 2018. The cities where such cases occurred frequently included Umerkot, Tharparkar, Mirpurkhas, Badin, Karachi, Tando Allahyar, Kashmore and Ghotki," said the 335-page report titled 'State of Human Rights in 2018'.

Last year, Pakistan Prime Minister Imran Khan had said during an election campaign that his party's agenda was to uplift the various religious groups across Pakistan and that they would take effective measures to prevent forced marriages of Hindu girls.

According to official estimates, 75 lakh Hindus live in Pakistan. Majority of Pakistan's Hindu population is settled in Sindh province.

According to media reports, approximately 25 forced marriages take place every month only in Umerkot district in Sindh province.