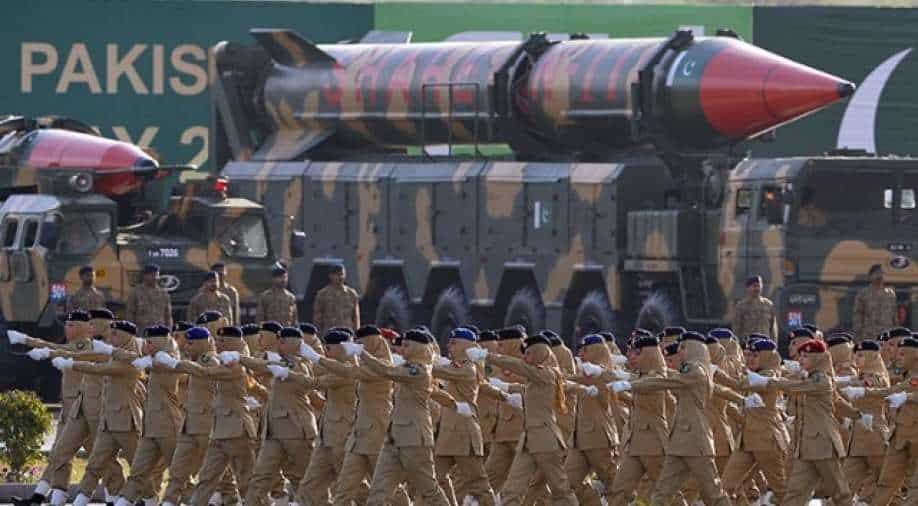 Liaqat Ali, the former public face of the militant Tehrik-e-Taliban Pakistan (TTP) and better known by his pseudonym Ehsanullah Ehsan, escaped last year three years after he handed himself in to the military.

A number of Pakistani military personnel have been penalised for negligence over the escape of a high-profile former Pakistani Taliban figure from custody, an armed services spokesman said on Wednesday.

Liaqat Ali, the former public face of the militant Tehrik-e-Taliban Pakistan (TTP) and better known by his pseudonym Ehsanullah Ehsan, escaped last year three years after he handed himself in to the military.

"All those responsible for it were tried and penalised," Major General Babar Iftikhar, spokesman for Pakistan`s Armed Forces, told reporters in the city of Rawalpindi where the army is headquartered.

He said those penalised were military personnel but did not give details including the number or identity of whose who were prosecuted. The military`s media wing denied that any of those penalised had any involvement or collusion with Ehsan during the escape, saying it was a case of negligence.

Ehsan was TTP`s spokesman for nearly a decade, issuing statements and holding press conferences in the group`s stronghold near the Afghan border. He proclaimed TTP`s responsibility for deadly bombings and attacks, including the 2012 shooting of education activist Malala Yousafzai.

On Twitter earlier this month, Yousafzai responded to a threatening tweet directed at her by an account allegedly belonging to Ehsan, asking the military and government how he had been able to escape.

A government statement last year confirming the escape said had said Ehsan evaded custody during a counter-terror operation in which he was accompanying soldiers to find Taliban leaders, as he had agreed to do after his surrender.

Ehsan has issued statements through various Twitter accounts since his escape and has said on social media that he is abroad.

Iftikhar, the military spokesman, said that his tweet this month was via a fake account and that Ehsan`s location was not confirmed, but efforts were underway to recapture him.