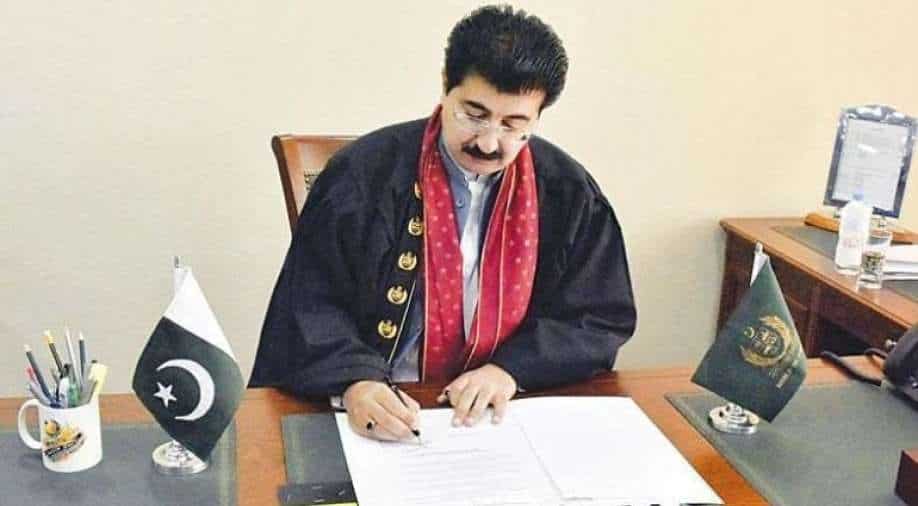 After a day full of chaos, the Imran Khan-government backed candidate on Friday won the chairmanship of Pakistan's Senate.

As per the initial count, PTI candidate Sadiq Sanjrani won another term as the Senate chairman. The vote was challenged by the opposition after it was revealed that seven votes cast in favour of opposition candidate Yousuf Raza Gilani, a former prime minister, were rejected.

However, the request was overruled by the presiding officer Syed Muzaffar Hussain Shah, who defended the action saying that the seven rejected votes were not stamped properly.

Sanjrani had received 48 votes while his opponent, PPP candidate, Yousuf Raza Gilani received 42 votes, out of a total of 98 votes by the Senators.

As soon as the voting was closed, PPP supporters had gathered outside Gilani's house to celebrate but were seen blocking the main entrance to the parliament as soon as the results were announced. The PPP supporters also chanted anti-government slogans, challenging the election result.

The polling had begun around 3 pm when an officer called out names of senators in alphabetical order to collect ballot papers and cast their votes. The presiding officer, Syed Muzaffar Hussain Shah, was the last Senator to cast vote at 4:40 pm, after which the ballot boxes were sent for the count.

After the results were announced, Maryam Nawaz Sharif, leader of PML-N, took to Twitter. "Sooner or later, congratulations to Yousuf Raza Gilani," she tweeted.

Earlier in the day, the chamber erupted in chaos after Pakistan Peoples Party (PPP) senator Mustafa Nawaz Khokhar claimed that "spy" cameras were installed right over the polling booth.

However, this claim was rejected by Federal Minister for Science and Technology Fawad Chaudhry, who countered it by saying spy cameras can possibly be not detected, and the ministers might have mistaken CCTV cameras for them.

The government had also alleged that the apparent 'spy cameras' were installed by the opposition party, local reports claimed.