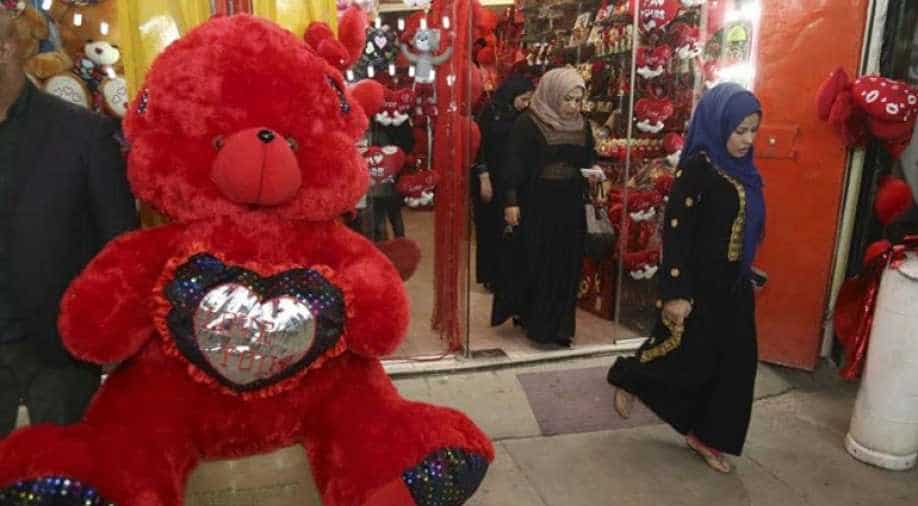 Pakistan has once again banned Valentine Day's celebrations and its media coverage after the Islamabad High Court ruled the holiday as "un-Islamic".

The Voice of America reported that in order to comply with the court ruling, Pakistan`s Electronic Media Regulatory Authority (PEMRA) imposed guidelines to its TV and radio licenses to remind them of the ban.

The judgment also prohibited any advertising or the sale of merchandise associated with Valentine`s Day.The Islamabad High Court on Tuesday issued a judgment on a petition claiming that Valentine`s Day was spreading "immorality, nudity and indecency" in the society.

The court also prohibited its celebrations in public places and government offices in Islamabad.

It further instructed PEMRA to "ensure that nothing about the celebration of Valentine's Day and its promotion is spread".

The ruling has also affected many businesses across the country.

Most youths use the symbolic day to exchange cards, chocolates and gifts with their loved ones.However, owing to the conservative society, public displays of love and affection are not allowed, since it is considered "a violation of Islam and Pakistani culture.

Also, Pakistani President Mamnoon Hussain had warned citizens to refrain from celebrating Valentine`s Day as it was "not a part of Muslim tradition, but of the West.

However, some Twitter users expressed displeasure with the court ruling by posting on the micro-blogging site using the hashtag #ValentinesAndIslam.

However, some supported the court ruling.

It is not permissible for a Muslim to get caught up in the valentine’s un-Islamic environment and mood.#ValentinesAndIslam

It is not permissible for a Muslim to get caught up in the valentine’s un-Islamic environment and mood.#ValentinesAndIslam